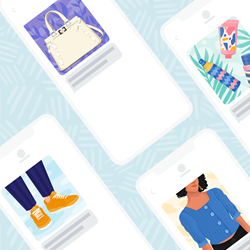 Attentive, a personalized mobile messaging SaaS platform for brands, announced today that it has raised a $40 million Series B investment.

Attentive works with over 400 innovative retail brands such as Sephora, Urban Outfitters, Coach, CB2, and Jack in the Box—and has experienced 8x customer growth in one year.

Attentive, a personalized mobile messaging SaaS platform for brands, announced today that it has raised a $40 million Series B investment. The round was led by Sequoia with participation from existing investors Bain Capital Ventures, Eniac Ventures and NextView Ventures, and new investors IVP and High Alpha.

“CRM is changing. Businesses can’t build a relationship with the modern consumer through email alone,” said Brian Long, Co-Founder & CEO of Attentive. “Email performance, as measured by how many subscribers click-through on a message, is down 45% over the last five years. Rather than continuing to shout one-way messages at consumers, smart brands will stay relevant by embracing personalized, real-time, two-way communication channels.”

Today’s consumers spend more time than ever on their mobile devices—and the overwhelming majority of that time is spent within messaging apps. Attentive is leading the way in making mobile messaging a highly profitable revenue channel and the new center of customer relationship management for brands.

Attentive works with over 400 innovative retail brands such as Sephora, Urban Outfitters, Coach, CB2, and Jack in the Box—and has experienced 8x customer growth in one year. With Attentive, mobile messaging can quickly become a top three digital revenue channel, regularly outperforming email marketing in terms of click-through rates and revenue driven per subscriber.

The company’s name, “Attentive,” is a testament to its mission—to build a communications channel that is thoughtful, authentic, and addresses the needs of both brands and consumers equally. Consumers opt-in to engage directly with their favorite businesses through personalized interactions at each step of the customer lifecycle.

“As people increasingly use messaging as a primary form of communication, businesses will too,” said Pat Grady, partner at Sequoia. “With their mobile messaging platform, Attentive is leading a new category of direct-to-consumer marketing that we believe has huge market potential. We’re thrilled to partner with the entire team as they grow and provide brands with modern, effective tools to better engage with customers.”

Attentive was founded in 2016 by the team behind TapCommerce, the global leader in mobile app retargeting, which was acquired by Twitter in 2014. The company has experienced 250% employee growth in just one year—expanding its headquarters in New York City while establishing team members in Los Angeles, Boston, Denver, and Atlanta.

Attentive plans to use the additional funding to further scale its existing business operations by hiring across all departments, but especially engineering and sales to support the company’s rapid growth.

About Attentive
Attentive is a personalized mobile messaging platform for innovative brands that can quickly become a top three revenue channel. Using real-time behavioral data, Attentive automatically sends engaging text messages to each subscriber at every step of the customer lifecycle. 400+ brands rely on Attentive and see strong performance, like 30%+ click-through rates and 25x+ ROI. To learn more or request a demo, visit http://www.attentivemobile.com.

About Bain Capital Ventures
Bain Capital Ventures partners with disruptive founders to accelerate their ideas to market. The firm invests from seed to growth in startups driving transformation across industries, from SaaS, infrastructure software and security to fintech and healthcare to commerce and consumer tech. The firm has helped launch and commercialize more than 240 companies, including DocuSign, Jet.com, Kiva Systems, Lime, LinkedIn, Rapid7, Redis Labs, Rent the Runway, Rubrik, SendGrid and SurveyMonkey. Bain Capital Ventures has $5.2 billion in assets under management with offices in San Francisco, New York, Boston and Palo Alto.