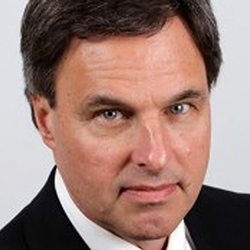 Non-Hodgkin’s lymphoma is an environmental cancer, which means that it is not an inherited cancer, rather one that is caused by exposure during a person’s lifetime.

Mr. Brooks has also filed a complaint for another client who developed non-Hodgkin’s lymphoma allegedly after exposure to Roundup® (Case No. 5:17-dv-00063 filed in the U.S. District Court for the Southern District of Georgia, Waycross Division). This complaint was filed on behalf of Charles Sowell (plaintiff) against Monsanto Company (defendant).

According to the International Agency for Research on Cancer, the specialized cancer agency of the World Health Organization, glyphosate is “probably carcinogenic to humans.” Published medical studies show that the active ingredient in Roundup, glyphosate, is strongly related to the development of a blood-related cancer, non-Hodgkin’s lymphoma. “Non-Hodgkin’s lymphoma is an environmental cancer, which means that it is not an inherited cancer, rather one that is caused by exposure during a person’s lifetime,” said attorney for the plaintiff Brooks.

After the complaint is served on Monsanto, pursuant to the federal rules of multidistrict litigation, the case will be temporarily transferred to the U.S. District Court of Northern California (Roundup Products Liability Litigation, Case No. 3:126-md-02741-VC). The federal judge handling the case will decide general issues that will affect the nationwide litigation that involves hundreds of cases. The court will also decide whether the science supports the allegations that glyphosate is carcinogenic to the extent that a jury will be allowed to hear the evidence.

“Once these general issues are resolved, then the cases will be returned to their original courts for resolution or trial,” concluded Brooks.