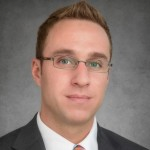 We, as Americans, owe a great deal of debt to the men and women who have served our country. This drive is the least we can do.

“We, as Americans, owe a great deal of debt to the men and women who have served our country. This drive is the least we can do,” said Cook, who was recently named to the Top 40 Under 40 Family Lawyers in the State of Tennessee by the American Society of Legal Advocates. “On Memorial Day especially, my thoughts and prayers will be with those who gave the ultimate sacrifice.”

According to the National Coalition for Homeless Veterans, an estimated 39,471 veterans are homeless on any given night. Furthermore, two-thirds served our country for at least three years, one-third were stationed in a war zone, and approximately 1.4 million other veterans, meanwhile, are considered at risk of homelessness due to poverty, lack of support networks and dismal living conditions in overcrowded or substandard housing.

About Attorney James R. Cook II
James R. Cook II focuses his practice on family law, which includes divorce, child custody, child support, and alimony, but also practices in other areas of law including wills and estates, bankruptcy, landlord-tenant, personal injury, and criminal law. He is licensed to practice law in both State and Federal Court. For more information or to schedule a no-cost consultation, please call the Law Offices of Stephen L. Gilly & Associates at (423) 246-3811, or visit http://www.tnvalaw.com.