Florida attorney Jordan M. Lewin files a writ of certiorari with the Supreme Court of the United States on behalf of a client convicted of violating the Maritime Drug Law Enforcement Act. 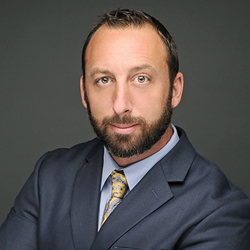 Now is the right time for the high court to issue a firm ruling and abolish the government’s efforts to erode personal liberties by negatively commenting on silence once and for all.

Attorney Jordan M. Lewin, founder of The Lewin Law Group, recently filed a writ of certiorari, which orders a lower court to deliver its record in a case so that the higher court may review it, to the the Supreme Court of the United States (Application No.:16A615). This filing was on behalf of a client (petitioner) who was a passenger on a boat registered in the Bahamas that was transporting cocaine and marijuana from Haiti to the Bahamas. According to court documents, the boat was stopped and the petitioner, along with others, was arrested by the U.S. Coast Guard in international waters between Haiti and the Bahamas.

Lewin believes the Supreme Court’s review will have far sweeping impact that further strengthens individual’s Fifth Amendment rights in the United States. “The Circuit Courts have been been split on these important recurring issues for far too long. Now is the right time for the high court to issue a firm ruling,” said Lewin.

According to court documents, the case presents two critical issues that have split the lower courts: whether the government violated the petitioner’s Fifth Amendment rights by using his post-arrest, pre-Miranda silence as substantive evidence of guilt in the government’s case-in chief; and whether the Maritime Drug Law Enforcement Act may constitutionally be applied in a foreign-bounded case involving the foreign transport of drugs to foreign shores by foreign residents on a foreign vessel, without a sufficient nexus to the United States.

Court documents further state that the petitioner was kept in leg shackles on Coast Guard vessels while being transported to Miami. Although allegedly not given Miranda warnings, the petitioner remained silent during the trip, and upon arriving in the United States, according to court documents, was charged with violations of the Maritime Drug Law Enforcement Act and later convicted, which was appealed in the United States Court of Appeals for the 11th Circuit (Case No. 14-14991) but denied and the conviction affirmed.

About Jordan M. Lewin, The Lewin Law Group
Jordan M. Lewin is one of the most effective and recognized criminal defense attorneys in South Florida. He has been recognized by the South Florida Legal Guide and Florida Super Lawyers Magazine in the area of Criminal Defense. His cases have been followed and reported by Miami New Times, NBC, ABC, The Sun-Sentinel, The Palm Beach Post, The Miami Herald and A&E First 48. Practice areas of The Lewin Law Group include State and Federal investigations and trial work in the areas of DUI defense, narcotics offenses, homicides, violent crimes, property crimes such as theft, robbery, fraud, sex crimes, burglary, probation violations, white collar defense, appeals, and post-conviction relief. For more information, please call (305) 577-8525, or visit http://www.jordanlewinlaw.com. The law office is located at 2701 Ponce De Leon Blvd., Suite 202, Coral Gables, FL 33134.