Detroit attorney Lisa Dwyer files a motion seeking injunctive relief on behalf of a client who has medical marijuana patient status and was charged with the illegal manufacture of a firearm used to protect his marijuana plants. 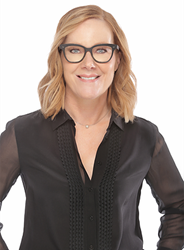 This motion for injunctive relief seeks to enjoin the AUSA from seeking conviction on these mandatory minimum counts because Congress has refused to appropriate funds to prosecute marijuana-related offenses in states where medical marijuana is legalized.

Attorney Lisa Dwyer, of The Steingold & Dwyer Law Group, recently filed a motion in a case (Case No. 15-cr-20800 filed in the United States District Court Eastern District of Michigan, Southern Division) stemming from a violent altercation in which her client (defendant) sustained a head injury after being pistol whipped while defending his brother from an armed attacker. The defendant later received a medical marijuana card due to the migraines he suffered as a result of said injury.

Court documents state that the defendant was growing two marijuana plants in his backyard that were secured, and on one occasion the plants were targeted by thieves. The defendant decided to protect the plants and his home by designing signaling devices or small explosive devices to alert him to when someone was within inches of the two plants. Court documents further state an alleged thief later stepped on the small explosive device and was injured.

The defendant was charged with the manufacture of a firearm (destructive device), in violation of the National Firearms Act, and possession of an unregistered firearm and explosive materials, and at such time was deemed a “prohibited person” in that he was a marijuana addict or user. Court documents further state the defendant counters these allegations as he was lawfully using his medicine pursuant to the State of Michigan’s medical marijuana laws. Furthermore, he faces 5- and 7-year mandatory minimum sentence counts based upon these charges.

“On behalf of my client, I have filed a motion seeking injunctive relief or the prevention of the government to seek certain charges against him, specifically the ‘prohibited person’ counts,” concluded attorney for the defendant Dwyer, who has more than 20 years’ experience representing those accused of criminal activity. “This motion for injunctive relief seeks to enjoin the AUSA from seeking conviction on these mandatory minimum counts because Congress has refused to appropriate funds to prosecute marijuana-related offenses in states where medical marijuana is legalized.”

About The Steingold & Dwyer Law Group
Attorneys at The Steingold & Dwyer Law Group specialize in criminal defense, including murder and other homicide cases, drug crimes, white collar crimes and conspiracy. David Steingold and Lisa Dwyer also have expertise in a number of sub-categories of criminal defense. For more information, please call (313) 962-0000, or visit http://www.steingolddwyerlaw.com. The law office is located at 400 Monroe St., Suite 280,
Detroit, MI 48226.