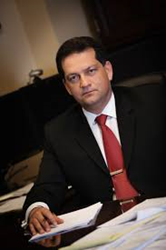 It is important to note that Congress’ approval is not necessary for the order to be law, and an executive order has the same effect as if the law was passed by Congress.

Article II, Section 1 of the Constitution provides the President of the United States the executive power to issue executive orders. As such, President Trump recently issued an executive order prohibiting for 90 days the entry of travelers from six predominantly Muslim countries (Iran, Libya, Somalia, Sudan, Syria and Yemen), which was subsequently blocked by two federal judges.

“It is important to note that Congress’ approval is not necessary for the order to be law, and an executive order has the same effect as if the law was passed by Congress,” said attorney Majid Foroozandeh, founder of the Law Offices of Foroozandeh, APC. “But what if the executive order itself violates other provisions of the U.S. Constitution? So far, multiple federal judges have ruled enjoining the immigration ban. But why?”

It is stated in the First Amendment of the U.S. Constitution that Congress shall make no law respecting an establishment of religion, or prohibiting the free exercise thereof. If a law is such that it would hinder establishment of Islam as a religion, for example, or the free exercise of Muslims, it would violate the First Amendment. “But has President Trump’s executive order actually hindered Muslims from establishing Islam or has it prohibited Muslims from freely exercising their religion?” asked Foroozandeh.

Concluded Foroozandeh, “So here in a nutshell we have two specific laws that potentially conflict. Combine these two laws with race, national origin, and whether aliens outside of the U.S. can enjoy U.S. Constitutional protections and it’s a quagmire. Federal judges and different circuit courts cannot ultimately be the final arbiter on this. This is something that will eventually find its way to the U.S. Supreme Court. Until then, immigration will be business as usual, with some interesting twists not on paper but in practice.”