Doing their part to shine a light on the importance of places through their communications work on civic, tourism, community, health, arts, and architectural initiatives. 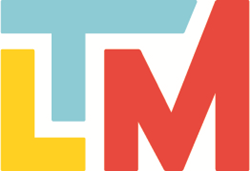 “We have been lucky to collaborate with innovators and organizations to brand big ideas beautifully and share them with the world,” said Sean Thompson, Founder, and Partner at lookthinkmake. “Our passion is championing the connection between people and the places and communities that they love.”

lookthinkmake is an Austin-based full-service advertising, branding, and public relations agency celebrating its twelfth birthday, capping off a dozen years of business in Central Texas. lookthinkmake was founded by Patricia Buchholtz and Sean Thompson in 2008 and has been placemaking ever since. Partnered together when Patricia worked in real estate development and Sean consulted on creative communication for communities across Texas, Sean and Patricia formed an alliance united around branding and community building.

“Looking back on these twelve years, we are thrilled with how far we have come and the incredible people we have had the opportunity to work with along the way,” said Patricia Buchholtz, Founder, and Partner at lookthinkmake. “Having grown from a company with just a $50 investment to being able to recognize our fingerprint all around Austin and Central Texas is truly remarkable.”

“We have been lucky to collaborate with innovators and organizations to brand big ideas beautifully and share them with the world,” said Sean Thompson, Founder, and Partner at lookthinkmake. “Whether we are helping to foster stronger and healthier communities, launch small businesses, brand a district, encourage tourism, or promote our beloved city of Austin—our passion is championing the connection between people and the places and communities that they love.”

lookthinkmake’s first client, Plum Creek, a master-planned community in Kyle, Texas, quickly became recognized as the Austin-area’s standout New Urbanist community. This led to the agency’s efforts in brand development, marketing, and public relations for The Austonian, the city’s then-tallest skyscraper and forerunner of the development boom that would transform downtown Austin. lookthinkmake would leave their mark on Austin’s skyline again with Fareground at One Eleven and the Independent. Additional clients included the American Institute of Architects’ Austin chapter, and several large-scale residential developments throughout Central Texas like Goodnight Ranch in southeast Austin, The Crossvine in Schertz, TX, and Friedën in Fredericksburg.

Through the years, civic groups called upon lookthinkmake’s creative services to transform brands for some of Austin’s most iconic places. In 2017, Pease Park Conservancy and Barton Springs Conservancy worked with lookthinkmake to redevelop their brands and build awareness with public relations, each kicking off a long-term campaign to raise funds and interest in two of Austin’s oldest and most beloved outdoor spaces.

In 2018, the agency took a decisive step toward adding tourism to its major strengths with its ATXLoves campaign. The initiative, which encouraged Austin visitors and tourists to frequent locally-owned small businesses with an interactive map and guides to the city. Additionally, outside Austin’s city limits, lookthinkmake began integrated tourism marketing for Marble Falls, Texas, blending traditional advertising and digital media with public relations.

lookthinkmake further expanded beyond Austin with the Work/Shop in Dallas, Understory in Houston, and The Henry in Coral Gables in Florida. They also took on the Mueller Business District in coordination with Aquila, who later called lookthinkmake one of the top branding agencies for commercial real estate. Earning that honor, lookthinkmake branded a significant addition to Austin: Velocity, which brings strong neighborhood-connected design and development to the eastern crescent. Currently underway, lookthinkmake is branding another significant addition to the Austin skyline, Sixth, and Guadalupe, a 66-story state-of-the-art tower that is reimagining the live-work lifestyle downtown.

Most recently in 2020, lookthinkmake pivoted alongside their clients amid the COVID-19 pandemic. The agency worked with the Andy Roddick Foundation to help create, brand, and promote the remote virtual experience No Love: A Roast of Andy Roddick, which was their highest-grossing fundraiser to date. Additionally, the agency developed and launched the website for Remedy, a local healthcare provider, just as the COVID-19 pandemic hit. And with the pandemic affecting travel, the lookthinkmake PR team strategically shifted to create virtual vacations of some of the best places to visit in Marble Falls to experience from the comfort of home. This quick change contributed to over 101,000,000 impressions from earned coverage for Marble Falls.

Today, lookthinkmake continues placemaking and community-oriented work for clients with statewide initiatives focusing on public health and affordable housing. In collaboration with the University of Texas at Austin, lookthinkmake developed messaging around the opioid crisis on behalf of Texas Health and Human Services. This effort includes the statewide launch of the Prescription Monitoring Program educational campaign for prescribers, as well as messaging to the public regarding the prescription opioid epidemic. The agency’s focus on health continued with its work for Children’s Advocacy Centers of Texas with brand communication designed to end child sexual abuse in Texas. lookthinkmake is also working with the Texas Department of Housing and Community Affairs to educate Texans about state-funded programs designed to help them fulfill their dream of homeownership.

Over the last 12 years, lookthinkmake has worked with over 155 brands that shape the lives of millions of Texans. With a mission to leave a positive wake in all that they do, the agency is looking forward to the next 12 years of building communities in Austin, Central Texas, and beyond.