Immigration attorney James W. Austin, of Austin & Ferguson, LLC, in light of a Wall Street Daily article about the election of nationalist Rodrigo Duterte as president of the Philippines, discusses the potential influx of Filipinos seeking asylum in the U.S. 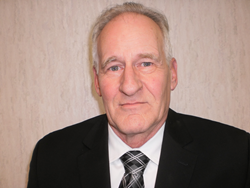 During the campaign, Duterte pledged to set up a ‘revolutionary government’ and ignore the Human Rights Commission.

According to a May 18, 2016, Wall Street Daily article, the recent election of nationalist Rodrigo Duterte as president of the Philippines “bodes well for the country.” However, according to attorney James W. Austin, a leading legal authority on U.S.-Philippine immigration issues, if Duterte makes good on his campaign promises, the number of Filipinos seeking asylum in the United States could rise.

“During the campaign, Duterte pledged to set up a ‘revolutionary government’ and ignore the Human Rights Commission,” said Austin, who was in Manila for the election.

According to a May 9, 2016, AP article on Yahoo! News, Duterte pledged to kill suspected criminals and end crime within six months. Although U.S. asylum law does not protect foreign criminals, it may protect people wrongfully targeted by their own government. Because of this, and president-elect Duterte’s campaign promises, Austin, who has a blog focusing specifically on Philippine-U.S. immigration issues, believes more Filipinos will seek asylum in America, as the U.S. is a close ally of the Philippines and has historically been the country of choice for Filipinos fleeing injustice. Even the country’s outgoing president, Benigno Aquino III, spent his youth as an asylee in the United States.

“However, the Duterte victory was gained only with a 39% plurality of the popular vote,” said Austin. “Without a strong mandate, ruling by edict will be difficult.”