Recent release “The Most Outrageous Alligator Poachers” from Page Publishing author Barbara Tyner Hall is a gripping, insightful look at life in the Everglades before it was a national park and the colorful locals of the area that carved out a unique place in the region. 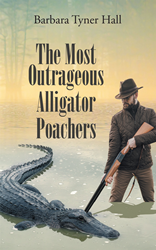 Barbara Tyner Hall, a mother of three children and a true entrepreneur at heart who is eager to show her passion for writing about all sorts of stories that she has encountered through her travels, hard work, and imagination, has completed her new book “The Most Outrageous Alligator Poachers”: a gripping and potent look at the community of the Everglades.

Author Barbara Tyner Hall writes, “Today I am going to take you on a journey deep into the heart of the Everglades before it became a national park. This journey will give you a great insight into how the laws of the land changed and how it affected the people of the area.”

Published by Page Publishing, Barbara Tyner Hall’s captivating tale takes the reader deep into the heart of the Everglades before it became a national park, providing a great insight into how the laws of the land changed and how it affected the people of the area, who learned to live off the land as a way to survive in this harsh terrain. Many are commercial fishermen and stone crabbers, often ex-moonshiners. The best guides in the area are, in fact, the best alligator poachers and hunters known to this area.

Behind all the complicated waterways, there is a root system like no other, just like the brain of a computer, and behind that is a maze of rivers that are some of the most complicated known to man. People have lost their lives trying to maneuver through the shallow waterways. The new park rangers that were assigned to this area had to appeal to the local fisherman to show them how to get out of Chokoloskee Bay and a few other waterways so they could patrol the area and return safely that evening.

When the information that was provided to the first park rangers were not accurate, the locals, as well as Peg Brown and his friends, enjoyed toying with the rangers as much as possible. They would lay out some routes for the park rangers to follow, and let’s just say there were always some significant points missing. With the temperament of the poachers grew more mischievous than ever, which led the authorities on highly action-packed chases and exciting adventures and escapades throughout the dangerous maze of the Ten Thousand Islands.

Natives of the Everglades believe that the animals in the national park belong to them and that they should be allowed to use the animals as they saw fit, must of the same way a developing nation controls its oil. The local people were not all that upset about the widespread killing of the alligators. Most alligators were a nuisance, but they believed in the hidden supply theory, which was said that an unlimited supply of alligators would always emerge from the swamps to replace the ones that were poached and made into shoes, belts, and purses for some of the wealthiest people who could afford to buy them.

Readers who wish to experience this absorbing work can purchase “The Most Outrageous Alligator Poachers” at bookstores everywhere, or online at the Apple iTunes Store, Amazon, Google Play, or Barnes and Noble.