Author Bill Spies’ newly released “One Boy, One Pony, Two Girls” is a richly historical tale of life on the Assateague and Chincoteague Islands during the 1500s.

“One Boy, One Pony, Two Girls” from Christian Faith Publishing author Bill Spies is an intriguing tale of how horses may have come to be on the US east coast islands and how the native people helped cultivate the animal’s survival. 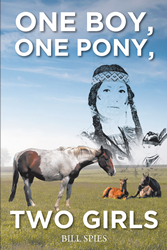 Spies shares, “The one boy is an American Indian of the Powhatan Tribe of the Assateague and Chincoteague Islands of Virginia and Maryland during the late AD 1500 era. The one pony is one of the earliest arrivals on those islands. The two girls are Powhatan maidens who have captured the attention of the boy.
After a series of trials and tribulations experienced during seven or eight years by the boy, the pony, and the two girls, all ends well.”

Published by Christian Faith Publishing, Bill Spies’ new book is a creative adventure through the New World from the eyes of Native children and a young filly.

With a unique voice, retired Major Spies guides readers through a largely unfamiliar part of our Nation’s growth through carefully detailed, historical fiction. Readers will see the difficulties between Native groups, the introduction of horses to their societies, and a sweet romance of young love.

View a synopsis of “One Boy, One Pony, Two Girls” on YouTube.

For additional information or inquiries about “One Boy, One Pony, Two Girls”, contact the Christian Faith Publishing media department at 866-554-0919.