Recent release “Terminal Cascade” from Page Publishing author Curt Samlaska is a gripping and explosive geopolitical thriller introducing Lieutenant Colonel Eric West, director of an elite group of physicians providing operational support for all branches of the US military. When a weapon of mass destruction is deployed against American federal agents by a former GRU toxicologist, they must race against the clock to counter his evil plot and prevent the assassination of the President of the United States. 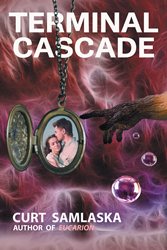 Dr. Curt Samlaska served for fourteen years in the US Army, during which he was actively involved in academic medicine and helped establish telemedicine in Bosnia as part of Operation Joint Endeavor.  He was attached to the Combat Casualty Research Center (CCRC), an organization dedicated to providing operational medical support for all branches of the military, the DEA, the FBI, and the Secret Service; a critical organization in the plot of his new book "Terminal Cascade", a spellbinding adventure that keeps the pages turning until the dramatic conclusion.  Currently Dr. Samlaska is in private practice in Las Vegas, where he resides with his wonderful family.

Lieutenant Colonel Eric West is the clinical director of the Combat Casualty Research Center (CCRC), an elite group of emergency physicians who provide operational medical support for the United States military, the FBI, the DEA, the ATF, and the Secret Service. Deployed throughout the world on a moment’s notice, Eric begins to note a series of unusual deaths. Federal agents are dying from massive thromboses, their bodies solidifying into a mass of necrotic tissue.

Dr. West discovers that some form of deadly thrombotoxin is being used as a weapon of mass destruction…but there is a link. The primary targets were employed by the CIA during the 1980s, working a Russian access agent known as GTVIPER.

Allen Prescott, the president of the United States, knows who GTVIPER was as deputy chief of station in Moscow. He was a GRU scientist working on a thrombotoxin that was immediately lethal, like a chemical agent, but theoretically possible to induce immunity, like a biologic agent. It was the ultimate weapon, but failure to develop a reliable means to immunize troops arrested any further development. GTVIPER was believed to be dead. Somehow, he had not only survived but had also learned to immunize himself against the deadly toxin. He was loose in the United States and killing at will. But why? Why was he eliminating all the members of the CIA support group?

Dr. West races against the clock to discover a means to fight the deadly toxin, prevent the assassination of the president of the Unites States, and discover the motivation that drives a man of science to kill. GTVIPER leads the CCRC team on a frightening and deadly adventure, culminating in the unthinkable…

Readers who wish to experience this engaging work can purchase “Terminal Cascade” at bookstores everywhere, or online at the Apple iTunes Store, Amazon, Google Play, or Barnes and Noble.