Author Cutcliffe King’s new book “The Javelin Trilogy: The Recruitment” is a thrilling mystery following the exploits of a US submarine crew during the Second World War

Recent release “The Javelin Trilogy: The Recruitment” from Page Publishing author Cutcliffe King is a spellbinding work weaving military history, science fiction, and mystery in a thrilling page-turner that will leave readers looking forward to the next volume in the exciting new series. 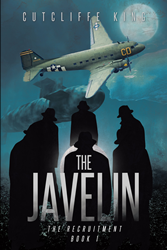 Cutcliffe King is an Australian-born former teacher of mathematics and science who heeded the call of adventure, lived in a variety of exotic and untamed locales, and now resides with his family and their blue heeler, Jedda, in the White Mountains of Arizona. He has published his new book “The Javelin Trilogy: The Recruitment”: a compelling choice for avid action and mystery readers.

In 1944, two United States Army Air Corps Officers are recruited for a mission—a ‘TOP SECRET’ mission to coincide with another.

Between departing England and arriving in Australia, their shuttle airplane is attacked by Japanese fighters. However, the planes are reduced to dust by blasts fired from an untraceable source. Originally ordered to fly directly to Antarctica, the shuttle pilots receive orders to off-load the pilots in Albany, a small whaling town in Western Australia. Awaiting the pilots, Colonel Jeremy McCloud and Colonel Kevin Stillwell, are new orders to sail on board United States submarine, USS Javelin.

After their arrival in Albany, attempts are made to assassinate the two pilots by German SS Abwehr assassins from a German raider sailing off the Australian coast. Under the arms of the assassins, killed in the futile attempts to murder the American military officers, the word Xranon is found etched into their skin---birthmarks!

Following the destruction of the German raider by USS Javelin, Germans are captured and interred in the town’s POW compound. With Christmas being a time for celebrations, strange occurrences mar this time for conviviality. Colonel Stillwell is subjected to allegations he changed from human form into an extraterrestrial alien. All German prisoners are extricated by an unseen enemy. Those in charge explain the disappearance as a mass escape, adding that wounded police officer, Detective Sergeant Bruce Hardy, was taken hostage to ensure the Germans’ safe escape.

A number of strangers, dressed identically, are sighted around Albany. Their presence is unexplained and unknown! Mystery surrounds the appearances, with intrigue mounting as to what the Americans are doing in the small town. Even more intriguing, a journalist follows the pilots, supposedly returning to England. He reports the pilots boarded their aircraft, when they actually embarked on the submarine for the voyage to their assigned destination---Antarctica!

Published by Page Publishing, Cutcliffe King’s engrossing book is a gripping and potent thriller that keeps the pages turning until the tantalizing conclusion.

Readers who wish to experience this engaging work can purchase “The Javelin Trilogy: The Recruitment” at bookstores everywhere, or online at the Apple iTunes store, Amazon, Google Play, or Barnes and Noble.