“The Long Bumpy Road of My Life” from Christian Faith Publishing author Elizabeth Anne Yother Padgett is the story of one little girl and the trials and tribulations experienced on a path to faith and acceptance. 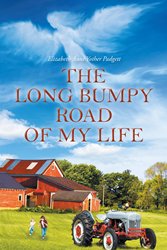 Padgett shares, “This book is about my life. I was born in 1964 in Georgia. We moved a lot. My parents were very strict—well, to me, anyway. I could not wear shorts or even put my hair up. If I ask to put on makeup, my mother said no. I was hit in the head with a brush when my parents would fight. My mother would pull my hair when she was mad. I guess you could say I had a bad childhood. I was slapped so hard I hit the wall. I was raped at the age of nine. I saw my mother trying to kill herself. I was in a burning house at the age of two. My dad would buy me and my brothers stuff. The boys got theirs, but I was told I would get mine next week, but I didn’t get it. I think my mother was jealous of me.

"Well, after we moved to Jackson, things were better. We had a lot of friends, and we went swimming, played ball, went to Indian Springs State Park, walked in a pasture, and meet the Bowens. We were like a family. My uncle was killed in 1979. That’s when I left and meet James. He played Santa for my little sister Tanya because she would not go to sleep. We got married in 1982, then we had Becky and then Brenda in 1984. Then in 1986, Bud was born. I learned what it was like to be a mother. We would go to church every Saturday. One day, we didn’t go, but later that night, an angel came and said, ‘Go to church,’ so we did.

"The preacher said, ‘I knew you were coming. The angel told me.’

Published by Christian Faith Publishing, Elizabeth Anne Yother Padgett’s new book is an eye-opening account of what can go on behind closed doors.

Detailing early abuse and neglect, Padgett invites readers to experience the highs and lows in hopes that they are inspired to have faith that things can get better.

View a synopsis of “The Long Bumpy Road of My Life” on YouTube.

Consumers can purchase “The Long Bumpy Road of My Life” at traditional brick & mortar bookstores, or online at Amazon.com, Apple iTunes store, or Barnes and Noble.

For additional information or inquiries about “The Long Bumpy Road of My Life”, contact the Christian Faith Publishing media department at 866-554-0919.