Recent release “One of Many in the Universe” from Page Publishing author Isaiah Rochon is a thought-provoking work of science fiction fantasy set on the planet Oneda, the crucible of intelligent life characterized by an inherently peaceful civilization. When a perceived need for self-defense becomes proactive policy, the profound shift in the Onedans’ fundamental nature sparks unprecedented carnage throughout the universe and changes their lives forever. 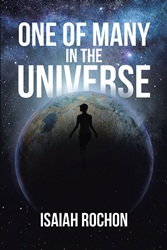 Isaiah Rochon, a husband, father, US Army veteran, and career law enforcement officer who was born and raised in New Orleans, Louisiana, has published his latest book “One of Many in the Universe”: a gripping and potent literary debut.

“One of Many in the Universe” refers to the planet Earth being one of many planets bearing intelligent life. This story begins with the first planet ever to have intelligent life, its inhabitants never suffering any aggression in any era of its evolution through armed conflict or crime. Their populace has been peaceful since the very beginning as a bipedal species, and they are the most powerful living things in the universe because of true civilization. They are not powered by magic or mutation, but by their very advanced technologies, creating extremely strong, durable, long-living bodies designed to contend with the harsh conditions of space travel. There are no last of their kind or secret select few with incredible powers; all the planet’s people share these enhancements to their biology and are limited only by their interests and creativity.

The problem occurs when one of the planet’s citizens decides that despite all they have seen in the universe, their planet should develop weapons for defense against the potential unknowns. This proposal is met with staunch opposition, as it’s believed that any space travelers that can approach from beyond what they’ve explored should have similar advances brought about by similar peace. The unlikelihood of a battle negates the need for weapons, something never necessary in this world. With a small contingent of like-minded developers who hear his idea and concur, the weapons are built, regardless of its unpopularity, on another planet in their solar system. His intuition is correct, as their world is approached by a hostile invading force. A war ensues, and the entire planet unifies in support of the defense efforts, the first battle of any kind this world will ever know.

After a lopsided victory via superior technology, the world celebrates a new hero, but the battle changes his outlook on the entirety of the universe. He now knows there are multitudes of peaceful worlds that may face hostile invasion from the unknown depths of space. With global support, he embarks upon a mission to travel throughout the universe in search of hostile worlds that exhibit the potential to leave their atmosphere, accompanied by their savagery. His mission spreads carnage upon those planets he deems hostile, to prevent the potential attacks against peaceful worlds that are found and preserved. He comes in conflict with his daughter, who is born and raised during his travels, and later his son, born after his daughter’s defiance, after they are exposed to and horrified by their father’s mission to ensure peace in the universe.

Readers who wish to experience this engaging work can purchase “One of Many in the Universe” at bookstores everywhere, or online at the Apple iTunes store, Amazon, Google Play, or Barnes and Noble.