Author Jason Gray, Jr.’s New Book “Washed Away” is a Gripping Work of Historical Fiction Based on the Deadly Collapse of a Recently Constructed Pennsylvania Dam in 1911

Recent release “Washed Away” from Page Publishing author Jason Gray, Jr. is a riveting story, inspired by an actual event, of what might have happened had two enterprising reporters reached beyond the sensational journalism of the time to investigate not only the underlying causes of the catastrophe, but also the motivating forces of deceit and greed of those responsible and seek accountability, justice, and restitution on behalf of the many victims of this utterly preventable disaster. 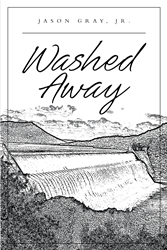 Jason Gray, Jr., a former reporter for the Associated Press, retired broadcast and print media executive, school administrator, and published author who has been widely recognized for his leadership roles in community service and business organizations and currently resides in DuBois, Pennsylvania with his wife, Libby, has completed his new book “Washed Away”: a compelling story of tragedy, courage, and cowardice in the early years of the twentieth century.

Jason writes, “At 2:30 on an unseasonably cool, partly cloudy afternoon in late September 1911, the cement dam located a mile above the mill town of Austin, Pennsylvania, gave way, unleashing a wall of water cascading down the narrow valley toward the town and sweeping away everything in its path with the explosive power of a nuclear bomb. Lulled by the assurance of engineering experts that the dam would forever withstand the pressure of the pent-up waters above the town, three thousand unsuspecting residents of Austin went about their slow-paced Saturday routines.

Some floundered and drowned in the raging waters that consumed the town, some were battered to death by logs and debris swept up by the torrent, and some, the lucky ones, raced to the safety of higher ground. Stories of heroism, sacrifice, cowardice, and selfishness emerged from the aftermath. The residents of Austin represented; after all, simply a crosscut sample of humanity, exposing the best and worst in times of crisis.

‘Washed Away’ is a work of fiction that unfolds in the historical context of this real-life tragedy. Committed to go beyond the sensational journalism of that era, two enterprising young reporters from Buffalo, Rusty Shephard and Katie Keenan, join forces to investigate the causes and determine accountability for the disaster. As their investigation begins to unmask the deceit and greed of those responsible, they encounter desperate acts of coverup, recrimination, suicide, and murder, placing their own lives in mortal danger. In their journey to uncover the truth and seek justice, they are absorbed in the emotional turmoil of the town and of their own relationship.”

Published by New York City-based Page Publishing, Jason Gray, Jr.’s engrossing book is a fast-paced and suspenseful tale of corporate greed, personal courage, and the pursuit of justice in the face of powerful forces determined to silence those seeking the truth.

Readers who wish to experience this powerful work can purchase “Washed Away” at bookstores everywhere, or online at the Apple iTunes store, Amazon, Google Play, or Barnes and Noble.