Recent release “Island Justice” from Page Publishing author John Boaden is an entertaining work introducing Christopher Watson, Detective Chief Inspector on loan from British law enforcement to the Cayman Islands to help combat the array of criminal activities afflicting the Caribbean territory, including financial crimes, fraud, and murder. Watson’s work mirrors the real-life experiences of the author and takes us on a behind-the-scenes detective adventure in paradise. 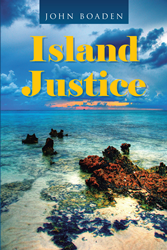 John Boaden is a retired law enforcement officer who served twenty-three years as a British police detective and seven years as a detective on loan to the Cayman Islands, and worked a further twenty-two years as a licensed private investigator in Florida, then Texas and finally the British Virgin Islands, prior to moving to beautiful South Carolina near Hilton Head Island with his wife and their mini goldendoodle. He has completed his new book “Island Justice”: a compelling work of detective fiction inspired by his own life-changing investigative career in the western Caribbean.

Detective Chief Inspector Christopher Watson had served 24 years as British Police Officer. Throughout his career he was always on the “front line” of the crimefighting efforts, involving many serious crimes with sometimes the most dangerous of criminals. However, his accumulated experience had resulted in an assignment to a brand-new teaching position, in which he taught fellow officers and staff how to access and implement a computerized case management system for complicated large cases and also multi-jurisdictional matters.

Watson, however, was a front-line police officer and spending his days in a classroom with the prospect that the classroom could become his professional home was not to his liking. When a post became available in the Cayman Islands, Watson, with some initial reluctance, made an application and was subsequently offered the post. Little did he know at the time that his whole life would be changed forever. Everything he had known in the UK, his life, his home would be forever changed.

For the next 6+ years in the Caymans he dealt with all manner of crimes including murders, robberies, frauds, money laundering, child abductions, a worldwide bank closure and telemarketing frauds. In this book Watson recounts his experiences in tracking major international crimes and frauds and how he devised a management system for controlling those crimes throughout the Cayman Islands and other Caribbean territories. The local police force considered Watson a force to be reckoned with.

Additionally, Watson had never seen a hurricane in the UK but experienced his first hurricane, met his wife, helped in forming a police association, and became deeply involved in cricket while in the Caymans.

This book will keep you spellbound as Watson recounts how his life changed dramatically on both a personal and professional level in the islands, along with much good humor, as a key figure in “Island Justice’.

Readers who wish to experience this engaging work can purchase “Island Justice” at bookstores everywhere, or online at the Apple iTunes Store, Amazon, Google Play, or Barnes and Noble.

For additional information or media inquiries, contact Page Publishing at 866-315-2708 or John Boaden via email: johnboaden_author@yahoo.com.