Recent release “The Intimidators” from Page Publishing author Keith Davis takes a harsh look at the horrific world of Navy boot camp during the Vietnam conflict, as lived by an anti-war activist enlisting into military service to avoid being drafted during one of the most turbulent times in American history. 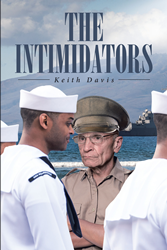 Keith Davis, a Northwestern Pennsylvania native who served honorably on active duty in the U.S. Navy as a hospital corpsman, second-class petty officer, during the last four years of the Vietnam War, has completed his new book “The Intimidators”: a gripping dramatization of the brutal, shocking, and horrific world of Navy boot camp during the Vietnam conflict.

Davis has earned a PhD and went on to teach college English for thirty-four years as a tenured professor of literature, linguistics, and writing. Now retired from the University System of Georgia, he devotes most of his time to writing realistic fiction based on true events and personal experiences.

Published by Page Publishing, Davis's objective and realistic tale follows nineteen-year-old Carl Travis, an anti-war activist who flunks out of Kent State because he spends more time protesting the Vietnam War than keeping up with his studies. He then forfeits his student deferment and risks being drafted into the Army. He does not want to flee to Canada to escape the draft, nor does he want to go to prison for five years, so he enlists in the U.S. Navy’s hospital corps to avoid combat and killing.

He enters basic training and boasts to his shipmates about rioting at Kent State in May 1970, when National Guardsmen fired on protestors and killed four students. Carl’s Navy superior officers learn about his anti-war past and threaten to make his life a living hell if he stirs up any trouble with his shipmates. Carl endures the harassment and brutal disciplinary action against him for resisting Navy rules and regulations and for protesting the mistreatment of other recruits. He struggles to survive and regain his identity, freedom, and dignity in this vulgar, abusive, sometimes violent, and dehumanizing world of the military.

Readers who wish to experience this potent, eye-opening work can purchase “The Intimidators” at bookstores everywhere, or online at the Apple iTunes Store, Amazon, Google Play, or Barnes and Noble.