Recent release “The Atlantic Mystery” from Page Publishing author Kimberly Arcos is a gripping adventure for children introducing Jessica, a teenaged girl who embarks on a fast-paced adventure with her friend, Matteo, after finding a mysterious artifact and bringing it to their science teacher. Their action-packed expedition promises to reveal many secrets, including one of great personal importance to Jessica. 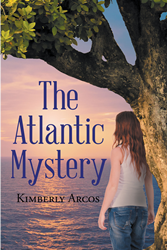 Kimberly Arcos is a licensed professional counselor and former science and English teacher with master’s degrees from St. Thomas University and Texas Southern University and bachelor’s degrees in psychology and sociology from the University of Houston. She has published her new book “The Atlantic Mystery”: a spellbinding mystery that keeps the pages turning until the satisfying conclusion.

There was a young teenage girl, Jessica, who felt something missing in her life. During this time, she often visited a cliff called the Majestic. She felt closer to something each time she went to look out over the ocean. One evening, she had an argument with her mother and ran off to her favorite place for an escape from her pain. Later that same evening, she discovered ancient relics where she sat. She decidedly went to get the help of her friend Matteo.

Jessica returned to the Majestic with her friend Matteo to retrieve the objects she discovered. Upon her return home, she discovered her mother pacing in the kitchen and police cars around her home. Nervous, she asked her friend to stay out of sight so she could convince her mother to ask the police to leave.

The next day, Jessica and Matteo took the items to their science teacher, Mrs. Panthera, who told stories of peculiar expeditions she took many years earlier. The teacher seemed unusually interested in the items brought to her. Soon, the reason for the unusual interest was revealed.

Jessica encountered Soneya, who was a member of an ancient science-based civilization located below the floor of the Atlantic basin. Jessica was mesmerized by her abilities and knowledge. She introduced Soneya to both her mother and teacher. The true adventure began when she learned of her teacher’s mysterious past.

The journey started when the group ventured to an island that had never been found on a map. A vortex formed in the central portion of the island, and the group was transported below the ocean floor, where Jessica meets an unusually familiar man. Many revelations were learned by Jessica, which included the fact that the mysterious man was her lost father and an ancient scientist.

Jessica and her companions returned home and discovered Jessica’s mother was kidnapped. Mrs. Panthera had knowledge of her location and led the group to a military base. The realization of the kidnapping as a ploy to bring Soneya to the base for capture becomes evident as the soldiers encroach upon Jessica and Soneya’s location. A confrontation between the soldiers and leaders of the base with Soneya brings out Jessica’s true inner power and the discovery of her true self.

Published by Page Publishing, Kimberly Arcos’s engrossing book is a delightful addition to any children’s library.

Readers who wish to experience this engaging work can purchase “The Atlantic Mystery” at bookstores everywhere, or online at the Apple iTunes store, Amazon, Google Play, or Barnes and Noble.