Recent release “The Fall of Two Moons” from Page Publishing author Kipp McKenzie is a heartwarming story following the freewheeling antics of young Steve McConnell and his middle-school posse as they get into increasingly serious trouble, discover girls, and learn the importance of empathy for others. 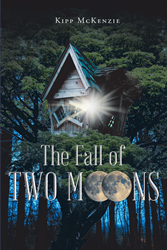 Kipp McKenzie is a school principal and father of two adult children who has served in public education for twenty-five years and currently resides in rural Payette, Idaho with his wife, Emily. He has published his new book “The Fall of Two Moons”: a lighthearted and engagingly written literary debut.

His image is everything, his hormones are raging, and common sense is nowhere to be found. Combine that with his eccentric and ultraconservative family, and the stage is set for a comedic fall from grace that promises to not disappoint. “The Fall of Two Moons” is a fictional memoir of Steve McConnell’s coming of age that will have readers begging for more uproarious and heartwarming stories.

It’s 1984 in the small coastal town of Portside, and Steve must juggle his ever-restless and troubled peers with his role in the conservative McConnell house, while concealing the ultimate caper from his gregarious father, the school principal. It is not an easy task living in the shadow of his seemingly perfect sister, appeasing his religiously fanatic mother, or sharing a room with his newly adopted Down syndrome brother and classmate, Andy.

Steve keeps his increasingly agitated father at bay from his behavioral shortcomings, his mother in the dark regarding his sexual awakening, and his peers entertained with his antics in this wildly funny tale of family, friends, and folly. Nicknamed Two Moons following an unfortunate accident of indecent exposure, Steve must stave off ridicule and bodily harm from the upper classmen and school bullies. When these same bullies are wrongfully accused of the crime Steve and his friends are responsible for, he must navigate through a web of deception that becomes increasingly tangled.

Steve tries to accept his new brother, embrace his family’s idiosyncrasies, and make peace with himself. He winds up in a race with time to prove his maturity to his first girlfriend, keep his friends, evade the authorities, and make amends with those left in his wake as his worlds collide in epic proportion.

Published by Page Publishing, Kipp McKenzie’s engrossing book is a universally relatable and entertaining novel for readers of all ages.

Readers who wish to experience this engaging work can purchase “The Fall of Two Moons” at bookstores everywhere, or online at the Apple iTunes store, Amazon, Google Play, or Barnes and Noble.