Recent release “Black Lust” from Page Publishing author Kristen Klaire is a gripping and potent tale following the life and loves of Erica, a beautiful and libidinous young woman who falls madly in love with Brady, one of her father’s slaves. When Brady and Erica’s father are shipwrecked at sea and missing for over a year, Erica gives them both up for lost and resolves to marry another; how will she react when she learns that Henry is alive? 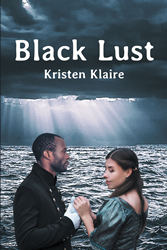 Kristen Klaire, a writer whose formative years were spent in a small Michigan town, where she suffered physical and emotional abuse first from her father and then from her husband of twenty-five years, has completed her new book “Black Lust”: a steamy love story that keeps the pages turning until the satisfying conclusion.

Erika fell deeply in love with Brady; he was a slave of her father’s. Their love grew into hot, passionate love and lust for each other. Then one day, Brady and Erika’s father sailed off to sell all of the year’s crops.

There was a gale force storm, and the Diana sank with Brady and Henry on it. Erika’s father and Brady drifted onto the small island. They were half dead, but they managed to live and stay alive. They had to forage for fresh water and food to sustain themselves. They had to find cover from the elements. Making knives out of rocks to use as instruments, they ate coconuts, berries, and a few figs. But they longed to get back home again.

After weeks of recovering from their ordeal at sea, they started to build a raft. The storms were savage, and the hot sun took their energy away from them. They worked for weeks on that raft, and finally it was done, and it was time to cast off that godforsaken island.

They launched the raft, and it was left to the currents and the blowing winds to move it along. There were times when the winds did not blow; if the wind was not blowing, they did not move much.

After weeks on the raft, it began to sink, and they were finally picked up out of the sea and onto the deck of the Sea Dog. They were more dead than alive. They were so badly burned that they were black with nothing but blisters all over them. They were seeping water from every inch of their bodies.

Erika had met James, and she had fallen in love with him. They were going to be married, but she still could not help but think about Brady and her father. She wanted to know what happened to them after the ship sank.

She knew that she loved James, but she still had love for Brady as well. She was not sure what she would do if Brady and her father returned. What would she tell both men and who would she marry? She loved them both. She would have to decide on her future. She was to marry James, but she would have to break Brady’s heart. They had been gone for such a very long time. Brady must understand that she did wait for him, but then she met James and fell deeply in love with him.

Brady and her father did return. Will Erika marry James or Brady, or will she not marry either one?

Readers who wish to experience this engaging work can purchase “Black Lust” at bookstores everywhere, or online at the Apple iTunes Store, Amazon, Google Play, or Barnes and Noble.