Recent release “A Collection of Nine Winning Favorites” from Page Publishing author Lawrence Nissim is a book of short stories inspired by incidents in the daily lives of teens, but with exciting and surprise twists and turns that may bring readers to anger, to smiles, or to tears. 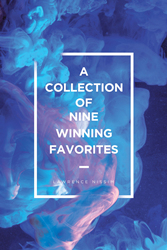 Lawrence Nissim, a retired educator, counselor, and coach who taught secondary school English and physical education before becoming an assistant principal in the suburbs of his native San Francisco, has published his new book “A Collection of Nine Winning Favorites”: an entertaining work that draws on decades of interactions with adolescent students to create insightful situations and teachable moments.

Mr. Lawrence Nissim’s writings focus on stressful situations in which young people find themselves in their homes, in their neighborhoods, and in their schools. Readers may be able to identify with the characters who appear in each plot.

A first example arises in "Befuddled", the first of nine stories found in "A Collection of Favorites." During the melee, Dominic is punched, falls and smashes his head on a park bench. He does not move. What does Trent do next?

“Risky Excursion” takes two twelve-year-olds on a bike-riding adventure with some risk. Mitch disobeys his mother and follows Carl to the shopping center then later finds himself in a police car. A surprise ending follows.

In “I Did It for You,” Todd’s lunch recess at school began peacefully. He simply wanted to join his friends in their daily basketball game. But his practice shots were interrupted. Looking across the active schoolyard, he witnessed some behaviors that rekindled memories that caused him and his family much distress last summer. He felt he had to cross the yard and get involved. But was his decision wise?

The fifth story in “A Collection of Favorites” is “Daughters.” Two eighth-grade girls were longtime friends. They were bored with their summer vacation, so both of them decided to take a shopping excursion to their local mall. But neither had any shopping money. One of the girls felt mischievous and broke the law then encouraged her friend to copycat the behavior. Their responses to each other affected a change in their relationship.

In “David’s Crisis,” David’s parents are in a marital crisis, and David thinks his father is abusing his mother. Is it true, or is David wrong? What can a teen do about a situation such as this one? Can the school help solve David and his parents’ issue?

In “Fancy Jeena,” Jeena is being bullied in her new junior high school. Four girls have been harassing her at school. She tries to avoid them in the halls, the cafeteria, and the schoolyard. One of the bullies pushes and hurts Jeena after class one day. There are no witnesses to this incident. What is the cause of the bullying?

Published by Page Publishing, Lawrence Nissim's engrossing book is a delightful addition to any middle school library or English curriculum.

Readers will discover, at the conclusion of each of the nine stories, a short list of discussion items, which will relate to the preceding presentation.

We believe these discussion questions could be the final touch for English teachers should Mr. Nissim's book become an ingredient in a school's curriculum.

Young basketball athletes will especially enjoy story number eight. Follow Jamie as he gains an opportunity to play with eighth graders, despite his being a sixth grader. But this group of eighth graders almost cost Jamie his life.

Baseball Little Leaguers will read "The Plan," anxious to know what Howie's plan is. The unexpected crowd was the largest group of parents and neighbors ever to attend a game at Rossi Park, and it was the first game of the year. Why was there so much curiosity? Would Howie carry out his plan?

Readers who wish to experience this engaging work can purchase “A Collection of Nine Winning Favorites” at bookstores everywhere, or online at the Apple iTunes store, Amazon, Google Play, or Barnes and Noble.