Recent release “The Agents” from Page Publishing author Leon Dalton is a complex and thrilling tale that follows a group of agents taking on dangerous missions and being challenged by the hostility of this chaotic world. 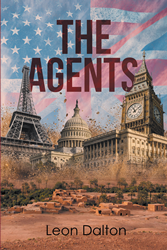 Leon Dalton, a decorated Vietnam veteran, a retired professional who worked as an engineer and regional technical recruiting manager; has completed his new book “The Agents”: an exciting narrative that covers the risky operations in the lives of the Agents as they go against the seemingly endless threats brought by criminals across the world while also dealing with their individual lives.

Dalton writes, “The Agents takes you to the covert operations and seedy, often brutal, world of international terrorists and their continual threat to the civilized world. Their story is told through the lives and eyes of a seasoned CIA agent, Aaron Brighton, and his beloved partner and former French intelligence agent, Monique Barteau, then later by the youthful team of CIA Agent Justin Graham and British MI6 Agent Victoria Stone. Each chapter is a story within a story that takes the reader from London and Paris to Turkey, Spain, Israel, Lebanon, Syria, the States, the Middle East, and around the world as the agents battle terrorists with their tactics, intelligence, and devotion to each other. It is also a love story. That fragile line that exists between people trying to live and love in a normal relationship while living and working in a dangerous occupation that’s hidden behind the cruelty, brutality, and savagery that exists in a hostile and vengeful world.”

Published by Page Publishing, Leon Dalton’s novel is jam-packed with action, suspense, thrill, and romance, leading readers through a riveting experience as the characters stand up against danger.

Readers who wish to experience this enthralling work can purchase “The Agents” at bookstores everywhere or online at the Apple iTunes store, Amazon, Google Play, or Barnes and Noble.