Author Mark Scott’s new book “He Fell from the Stars” is an action-packed, apocalyptic sci-fi story about the world’s fight for survival against alien creatures

Recent release “He Fell from the Stars” from Page Publishing author Mark Scott is a thrilling sci-fi tale about how an alien creature landed in Illinois in order to research humans on Earth. After spending some years living among humans, the creature becomes evil and changes his plans from passive research to the total annihilation of Earth. Now, the world must fight in order to avoid extinction. 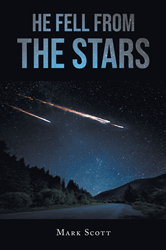 Mark Scott, a fifty-four-year-old medical courier from rural southern Illinois, has completed his new book “He Fell from the Stars”: a gripping and potent story about how one alien creature arrived on Earth for passive research, then eventually changes his mission to the annihilation of humans.

Mark writes, “The creature decides to tell them the true story about how life was created on Earth. ‘I was created by my race two billion years ago. I am a researcher, and when I first came to this planet, it was barren and lifeless. We created life on this planet. We terraformed this planet so that life could sustain itself. We created the ozone, the plants, the water, even the weather. We still control these factors to this day. Sixty-five million years ago, we brought a life-form of low intelligence here to inhabit this planet. At first, we thought it was a success, but we soon realized it wasn’t.’

“‘You’re talking about the dinosaurs, right?’ asks the president’s adviser.

Published by Page Publishing, Mark Scott’s fast-paced cataclysmic tale follows an alien creature that travels within a meteor, lands in rural Illinois, and plans to study the Earth. Although this mysterious creature began its journey as a passive researcher, during this expedition, as circumstances changed, it now ponders the Earth population's role in the greater universe.

This suspenseful and captivating book will take readers on an action-packed adventure between humans and aliens. One stormy night, a strange creature crashes into a farmer’s field in Illinois. The farmer, who witnesses the creature crawling out of the meteor, is shocked and accidentally shoots the creature. Surprisingly, it leaves the farmer alone and lets him live. However, after a chance encounter while on a hunting trip, two military soldiers find themselves in the wrong place at the wrong time. As the mysterious life-form attempts to continue on its path of research, several violent encounters lead to the inevitable. The extra terrestrial has now turned sadistic towards humans. After the creature eradicates an entire major city, it then meets with America's leaders and announces its race’s plans of completely obliterating all of humankind. Humans must now come together and fight in order to avoid being exterminated.

Readers who wish to experience this enthralling work can purchase “He Fell from the Stars” at bookstores everywhere, or online at the Apple iTunes Store, Amazon, Google Play, or Barnes and Noble.