Author Michael Newman’s new book “The Man Trap” is a no-holds-barred work outlining a myriad of reasons for men to avoid relationships with women.

Recent release “The Man Trap” from Page Publishing author Michael Newman is a trenchantly anti-feminist guide to relationships from the perspective of a sixty-three-year-old private investigator who has never married despite having been engaged on multiple occasions. 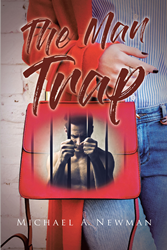 Michael Newman is a Mississippi-based private investigator with thirty-nine years of experience conducting civil and criminal investigations including murder, wrongful death, corporate espionage, embezzlement, missing persons, executive protection, and so on with a particular focus on divorce and child custody cases. He has published his new book “The Man Trap”: a dire warning for men of all ages to exercise caution when embarking on romantic relationships with women.

The author writes, “From the beginning of time, there has been a struggle between men and women in their relationships and marriages. The differences between men and women, in particularly with regard to how they act, think, and behave, is obvious to anyone. Unfortunately, in our modern world, circumstances have evolved to a point where most men, and especially for men of any wealth, power, or fame, are being unjustly vilified by women of all ages and are being blamed for every injustice that any woman has either actually endured or believes in her own mind that she has suffered. In the justice system in the United States of America, an accused individual is supposed to be considered innocent until proven guilty in a court of law. That is no longer the case. Men who are accused by any woman of some impropriety toward them are instantly assumed to be guilty, and their reputations, careers, financial well-being, marriages, and public status are being destroyed on a daily basis.

Any accusation against any man, no matter how long ago their transgressions supposedly took place, are grounds for dragging him through the media and press in order to destroy him. The definitions of transgressions by men toward women have also been redefined by women in our society so that the mere act of speaking to any woman may now be declared a criminal act. Over the last several years, there has been the evolution of the Me Too movement by women which is allegedly intended to ‘empower’ women to ‘speak out against’ men who have ‘done them wrong’ at any point in time that they can remember. In recent times, men of power and fame in our country have been accused of all sorts of evil and criminal actions against “unsuspecting and innocent” women of all ages.

This book is intended for the men of the world, especially to those living in the United States, to be made aware of what they are risking in their personal and professional lives when dealing with any woman. Men need to be aware that relationships with women in our modern society are fraught with personal risk, pitfalls, and potential disaster, including the loss of their freedom. All men, from the teenage years to those of middle and old age, need to be aware of what can easily happen to them at the hands of the women that they let into their lives. Men need to understand how women can easily manipulate them and unjustly accuse them of all sorts of things. Men need to understand that any women whom they choose to become involved with are not the cute, little, innocent and naive ‘flowers’ that they would like to believe that they are. All women become involved with men to achieve their own agenda. The ‘fairy tale’ of living happily ever after with any woman is a ‘man trap.’”

Published by Page Publishing, Michael Newman’s engrossing book is a take on human nature and relationships between the sexes.

Readers who wish to experience this engaging work can purchase “The Man Trap” at bookstores everywhere, or online at the Apple iTunes store, Amazon, Google Play, or Barnes and Noble.