Author Mike Wyatt’s new book “The Last Step” is a gripping and potent thriller set among the mysterious and awe-inspiring pyramids of Copan, Honduras

Recent release “The Last Step” from Page Publishing author Mike Wyatt is a fast-paced thrill ride with Harvard graduate student Alexis Hoffman and her team of three other talented explorers to embark on a perilous journey to right a century-old wrong at the site of an ancient Mayan ruin. Join the brilliant quartet as they journey to Honduras and persevere through myriad life-threatening challenges in their quest to restore what was lost to its rightful place. 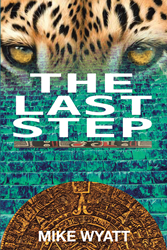 Mike Wyatt is a West Virginia native, avid traveler, and voracious reader of history who attended Princeton and Oxford Universities and Harvard Law School, practiced law in Washington, DC for several decades, served as General Counsel of the US Small Business Administration and Associate Deputy Secretary of Labor during the Bush ’41 Administration, and now divides his time between Washington DC, Cape Cod, and Siesta Key, Florida, where he enjoys pursuing his many hobbies, including writing and singing a cappella lyrics and music, playing tennis, and collecting antique automobiles. He has published his new book “The Last Step”: a spellbinding adventure inspired by his extensive reading about and travels to the lost Mayan culture of Honduras.

“The Last Step” is a fast-moving, exciting archeological mystery thriller set among the Mayan ruins in Copan, Honduras, including the magnificent hieroglyphic stairway rediscovered by Harvard archeologists in the 1930s. The statues of five Mayan kings adorn the stairway, whose thousands of carved hieroglyphic stones recording the kings’ reigns were dislodged by ancient earthquakes. Unable to decipher the stones, the archeologists reassembled them at random on the stairway’s 64 steps. They also purloined and shipped one king’s statue to the Harvard Peabody Museum, where it remains today.

Harvard graduate student Alexis Hoffman, who seeks to return the stolen statue to Copan and to decipher the stairway, teams with electronics whiz Ben Acebo to develop novel computer techniques to catalog, correctly reassemble and “read” the hieroglyphic stones, and to reconstitute worn stone carvings and drawings. She also convinces Ben, lawyer/amateur archeologist David Elliot, and a sculptor friend to create an exact copy of the stolen king statue. The four then embark on a hazardous journey to return the duplicate statue to Copan, reassemble the stairway’s hieroglyphic stones, discover the location of vast treasures removed from the five kings’ burial chambers under the stairway, and discern the true meaning of December 21, 2012 -- the end of 5000 years of Mayan history. According to Mayan lore, what happened then can be explained only by deciphering certain hieroglyphic stones correctly reassembled on the last and highest step of the reconstituted stairway.

Readers who wish to experience this engaging work can purchase “The Last Step” at bookstores everywhere, or online at the Apple iTunes store, Amazon, Google Play, or Barnes and Noble.