Recent release “Slaves to Survival” from Page Publishing author Rene S. Cancio is the compelling story of two families and their efforts to survive fascism, communism, assassinations, and exile from their country in order to find the American dream. The story discusses the influence of organized crime on the lives of these families and others. 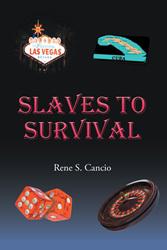 Rene S. Cancio, born in Havana, Cuba, in 1949, has completed his new book “Slaves to Survival”: a gripping and potent tale that follows two families and their efforts to survive fascism, communism, assassinations, and exile from their country in order to find the American dream. The story also touches on the influence of organized crime on the lives of these families, and others, and the burdens they had to endure in order to achieve their goals.

Author Rene S. Cancio writes, “The year was 1900. A new century! Many things were beginning to happen at that time. Many things were still happening as well. However, this book is being written because two babies were born on that year. One was born in the small city of Reggio di Calabria (located at the very southern tip of the Italian boot) in the province of Calabria. Being Italians, his parents were of the Catholic religion, and as such he was baptized and christened with the name of Mos. Marcello Cancionni Garzzi. (In Italy, the four parts of a name include the following: first name, middle name, the father’s last name, then the mother’s maiden name. However, in the US, his last name would be the father’s last name, i.e., Mosè Marcello Cancionni.) The other was born in the French port city of Marseille, one of the busiest port cities in the Mediterranean Sea and also known to many sailors as one of the most corrupted cities in France. His French parents christened him with the name of Mikael-Angel Bennecourt (as you can see, the same rule doesn’t always apply in France, even though some French also apply the same naming). Phew! So much for the four names.”

Published by Page Publishing, Rene S. Cancio’s captivating tale follows the journey of these families as they must overcome the unthinkable in order to achieve their dreams.

Readers who wish to experience this compelling work can purchase “Slaves to Survival” at bookstores everywhere, or online at the Apple iTunes Store, Amazon, Google Play, or Barnes and Noble.