Recent release “The Confession” from Page Publishing author Rue Doolin is a gripping and suspenseful story set in the fast-paced streets and hotels of Las Vegas, Nevada, as tangentially connected characters converge in the dramatic leadup and aftermath of a brutal murder that devastates a close-knit community of friends. 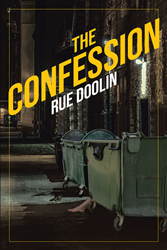 Rue Doolin has completed her new book “The Confession”: a riveting tale of hope, extortion, and murder that keeps the pages turning until the dramatic conclusion.

Exhausted from her first year on a new job, Capri Olindo (Pree) returns to Laughlin, Nevada, to spend the holidays with family and old friends and to become better acquainted with Bonnie Hall, her son Jimmy’s fiancé, a young woman who grew up on the streets of Las Vegas, whose mother had been killed during a drug buy. Despite her complicated past, Bonnie has established herself as a respected officer in the Las Vegas Metro Police Department, where she is currently assigned to the Henderson precinct.

Pree’s effort to bond with her future daughter-in-law includes hosting a weekend getaway for Bonnie and the bridesmaids in a luxury hotel suite in Las Vegas, where they will shop for gowns, flowers, and wedding cake, then take in the show of Bonnie’s choice. Initially impressed with Bonnie’s gracious and thoughtful behavior, Pree inadvertently discovers that her future daughter-in-law isn’t the trustworthy person her son believes her to be.

Dreading having to inform her son of Bonnie’s mysterious absences in Las Vegas and especially the lies she had told to cover for them, Pree is spared from doing so when Jimmy, devastated, informs her that Bonnie has disappeared. When a body pulled from under the Cottonwood Cove pier is identified as Bonnie, Jimmy becomes inconsolable.

As the last person known to have been with Bonnie before her disappearance, Pree becomes a material witness in an investigation that involves extortion, fraud, coercion, and murder. She soon finds it impossible to distinguish the good people from the bad, as she discovers that few things are as they seem.

Readers who wish to experience this riveting work can purchase “The Confession” at bookstores everywhere, or online at the Apple iTunes Store, Amazon, Google Play, or Barnes and Noble.