Recent release “The Conspiracy” from Page Publishing author Rue Doolin is a fast-paced and engaging novcl introducing Pree Olindo, spurred to action when her ex-husband and his best friend are murdered in highly suspicious circumstances. Pree becomes embroiled in a whirlwind of twists, turns, and organized crime that will leave readers guessing until the very last chapter. 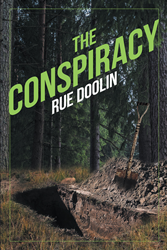 Rue Doolin has completed her new book “The Conspiracy”: a gripping and potent thriller that keeps the pages turning until its dramatic conclusion.

Eight years have passed since the deaths of Capri Olindo’s ex-husband, Greg Crenski, and his best friend, Mape Belata, were officially ruled a murder-suicide. Though well aware that it constituted irrefutable proof the men had been murdered, Pree continues to withhold from authorities the nearly half-million dollars that had been left on her doorstep the night of the killings for fear of casting suspicion on James, her son. Upon finding the real killer, Pree is forced to choose between following the law and doing what she believes to be the right thing.

Pree is temporarily sidetracked from her goal of proving her son’s innocence when her daughter-in-law, Bonnie, decides to join a group of old friends for a joyride to Mexico and back to throw a lavish quinceañera, a traditional Mexican celebration to honor a girl’s fifteenth birthday, for the granddaughter of one of the friends. After a small amount of persuasion, Pree agrees to go along to help tend to her adored grandchild. As a precaution, Bonnie’s wealthy uncle insists on hiring two men, one of whom speaks fluent Spanish, to go along as protectors and to drive the oversized motor home in which the women will be traveling. So begins a series of twists, turns, and surprises, involving drug smuggling, a botched kidnapping, murder, witness stalking, and pursuit of a seemingly invisible drug lord by a joint task force of Mexican and American agents.

Readers who wish to experience this engaging work can purchase “The Conspiracy” at bookstores everywhere, or online at the Apple iTunes Store, Amazon, Google Play, or Barnes and Noble.