Recent release “Die Glocke ‘The Bell’” from Page Publishing author S. E. Bolden brings readers into the savage world of war-time secrets and efforts on the part of high ranking Nazi officials to protect the secrets of a weapon so powerful that everyone involved with the project was either killed or disappeared. 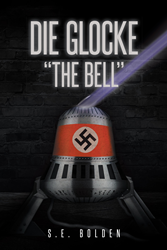 S. E. Bolden, a Vietnam War veteran who used his GI Bill to receive a degree in political science, and spent thirty years in the semiconductor manufacturing business in varying capacities, has turned his focus on his passion for writing and has completed his new book “Die Glocke ‘The Bell’”: a vividly imagined historical fiction novel that explores attempts made by the Nazis to create weapons that would level the playing field as the Allied forces gained the upper hand in the latter years of the war.

“In the last year of World War II, Germany realized defeat was imminent,” S.E. Bolden explained of his novel’s premise. “Facing the overwhelming power and equipment of the Allies, Hitler authorized the construction of Wunderwaffe —wonder weapons. There were many Wunderwaffe projects, but ‘The Bell’ was the one most-cloaked in secrecy.”

Published by New York City-based Page Publishing, S. E. Bolden’s novel plays with the format of a typically laid out collection of prose and combines elements of screenplay writing, which attempts to bring more of an active reading to the text. Each aspect of the novel is well-researched and serves to bring readers into the world of a crumbling empire that imagined itself the victor in the war until the tide turned and left them on the run.

“[The Bell’s] powers were believed to be so staggering that at the end of World War II, all of the scientists and laborers working on the project were murdered,” Bolden continued. “The bell, General Hans Kammler (SS general in charge of the Die Glocke project), two Nazi U-boats, and many Nazi war criminals ended up missing. This work of fiction attempts to explain this mystery.”

To go on this adventure with secret technology, ruthless Nazis, and a daring attempt at self-preservation, readers can purchase “Die Glocke ‘The Bell’” at bookstores everywhere, or online at the Apple iTunes store, Amazon, Google Play or Barnes and Noble.