Author Sylvia Darby’s new book “I Was Blind, but Now I See” is a semiautobiographical tale of lost innocence, the thirst for revenge, and the healing power of faith.

Recent release “I Was Blind, but Now I See” from Page Publishing author Sylvia Darby is a deeply personal and partially fictionalized memoir of a young girl and avid student whose life is derailed by rape, teen pregnancy, and a consuming desire for retribution against her attacker. It is a story of perseverance and triumph over adversity, and a testament to the grace of God and a mother’s love. 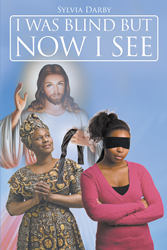 Sylvia Darby, a retired registered nurse, mother, grandmother and great-grandmother, has completed her new book “I Was Blind, but Now I See”: a sensitive story laying bare the loneliness, fear, and self-blame experienced by children victimized by sexual predators.

Sylvia writes, “At the age of seventeen, a female committed a crime against her attacker, a male rapist. She committed arson and murder as a method of revenge for his attack upon her. The incident was reported as an unsolved murder for many years.

She joined the church and was noted as a Christian. She was sure she had gotten away with murder.

Years later, when the Holy Spirit had her revisit the year of this traumatic incident, he revealed the hand of God in the matter. She thought that the things that were happening at that time were coincidences. She later learned that they were not coincidences at all, but they were earthly occurrences under the direction of a heavenly being. Therefore, her eyes were open to the fact that the true avenger for all evil is God, and God alone. Her sin had been exposed and her secrets were revealed, and she was now found guilty. So she was now at a place where repentance was needed. The spirit revealed to her what she had to do to be forgiven. What the devil did against her for evil, God made it for good. He alone can take life’s lemons and make lemonade.”
Published by Page Publishing, Sylvia Darby’s engrossing book is a heartrending story of hope, despair, and triumph.
Readers who wish to experience this engaging work can purchase“I Was Blind, but Now I See” at bookstores everywhere, or online at the Apple iTunes store, Amazon, Google Play, or Barnes and Noble.