Recent release “Dreamchaser” from Page Publishing author Yakov Rozenberg is the powerful account of his formative years in the Soviet Union, his mandatory military service, and the political awakening that resulted in his harassment, prosecution, and eventual imprisonment in a population of 2,500 criminals. This first-hand account offers a vivid portrait of life behind the Iron Curtain under the monolithic inhumanity of the Communist regime. 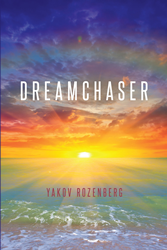 Yakov Rozenberg, a Ukranian-born mechanical engineer who served two years in a Soviet prison as a political dissident, was granted “political refugee” status after his release, and became a proud American citizen in 1993, has published his latest book “Dreamchaser”: a compelling true story of personal courage, survival, and the realization of an elusive dream of freedom and pursuit of happiness.

“Dreamchaser” relates stories that occurred during two years in the Soviet military and two years in the Gulag, a Soviet prison camp, as a political dissident. Written sometimes in anecdotal form, they provide a window into both the author’s life and experiences in the Soviet Union and the feeling of horror for everyday existence there.

The book begins with the harshness of military life, from the bizarre humor of painting living trees to suit a general’s color preference to the perils of detonating old mines and explosives left buried during the Second World War, told in the voice of one young sergeant major. From the beginning, it is clear that whenever possible, he followed his own path to chase his dream.

The difficulties of burying a grandmother in a society with so much red tape and prejudice that it seems surreal in its idiocy. The violence and deception that permeated all aspects of the Soviet society also fill these stories. The injustice and waste are illustrated throughout. The KGB is as malevolent and pervasive as the worst Cold War movie ever depicted it. After being sentenced to two years in the Russian Gulag, the author describes the terror of surviving in a prison of about 2,500 criminal inmates. The circumstances of several individual prisoners are described, and together they shed an awful light on some of the darkest parts of life in the USSR. And yet in the midst of the horror, there are also moments of humor and an unwavering belief that someday there would be escape to freedom in the outside world.

“Dreamchaser” provides a new angle on life in a Communist Bloc country, beyond the imagination or understanding of anyone born in a free society. It ends with a train ride across the border that is filled with heart-stopping moments, bringing the author out of the stone age and into freedom to catch his dream—freedom and pursuit of happiness.

Published by Page Publishing, Yakov Rozenberg’s engrossing book is a gripping and potent story of principles, determination, and hope in a better future.

Readers who wish to experience this engaging work can purchase “Dreamchaser” at bookstores everywhere, or online at the Apple iTunes store, Amazon, Google Play, or Barnes and Noble.