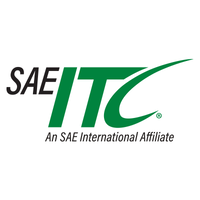 “Motional will play a critical role in supporting this effort by sharing collective learnings, perspectives, and expertise with the consortium from its vast international testing experience.” - Amy Chu, director of the Automated Vehicle Safety Consortium

The Automated Vehicle Safety Consortium™ (AVSC) announced today the addition of Motional, a global leader in driverless technology, as the latest member of the consortium. Motional will further support the AVSC in developing best safety practices through which automated vehicle (AV) technology can be responsibly developed and adopted.

“The AVSC and its members are committed to developing AV guidelines for robust safety standards to earn public trust and acceptance,” said Amy Chu, director of the Automated Vehicle Safety Consortium. “Motional will play a critical role in supporting this effort by sharing collective learnings, perspectives, and expertise with the consortium from its vast international testing experience.”

Motional has a long history at the forefront of safety. The company co-authored the Safety First for Automated driving whitepaper, pioneered a sector-wide culture of data sharing aimed at making all driverless technology safer with its nuScenes product, and its autonomous vehicles have provided more than 100,000 rides with zero at-fault incidents.

“Industry collaboration is critical to advancement of driverless technology,” commented Matthew Wood, Head of Safety, Motional. “We’re excited to contribute our voice and real-world experience to the AVSC mission, and collectively work towards a future of safer vehicles, roads, and cities.”

Consortium members are working on the development of a series of safety principles for SAE Level 4 and 5 automated driving systems, focusing on testing before and during operation of AVs on public roads; data collection, protection, and sharing; and interactions between AVs and other road users.

The AVSC has published a number of open access best practices regarding test driver training, operational design domain, passenger emergency actions, data collection, and first responder interactions. These best practices published by AVSC are ensuring that the global ADS industry has the building blocks for robust and rigorous standards development for autonomous vehicles.

Motional is behind some of the industry’s largest achievements, including operation of the world’s longest-standing public robotaxi fleet. It recently announced a partnership with Lyft to launch a multimarket fully-driverless rideshare service in the U.S., and has near-term plans to be among the first to put fully-driverless vehicles on public roads.

For more information about the AVSC, visit avsc.sae-itc.org.

The Automated Vehicle Safety Consortium™ (AVSC) is an industry program of SAE Industry Technologies Consortia® (SAE ITC) building on principles that will inform and help lead to industrywide standards for advancing automated driving systems. The members of this consortium have long been focused on the development of safe, reliable and high-quality vehicles, and are committed to applying these same principles to SAE Level 4 and Level 5 automated vehicles so communities, government entities and the public can be confident that these vehicles will be deployed safely.

About Motional
Motional is a driverless technology company making self-driving vehicles a safe, reliable, and accessible reality. The Motional team was behind some of the industry's largest leaps forward, including the first fully-autonomous cross-country drive in the U.S, the launch of the world's first robotaxi pilot, and operation of the world's most-established public robotaxi fleet. Motional is a joint venture between Hyundai Motor Group, one of the world's largest vehicle manufacturers offering smart mobility solutions, and Aptiv, a global technology leader in advanced safety, electrification, and vehicle connectivity. Headquartered in Boston, Motional has operations in the U.S and Asia. For more information, visit http://www.Motional.com and follow us on Twitter, LinkedIn, Facebook, Instagram, and YouTube.