Project DIAMOnD was established by Automation Alley in October 2020 through CARES ACT funding grants of $10 million from Oakland County and $2 million from Macomb County to accelerate digital transformation among Michigan manufacturers and strengthen supply chains for developing PPE during the pandemic. 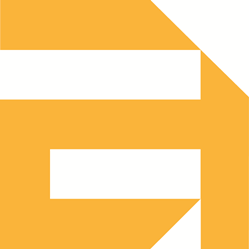 This technology is not just for prototyping. You can actually print parts and put them out in the field.

Project DIAMOnD was established in October 2020 through CARES ACT funding grants of $10 million from Oakland County and $2 million from Macomb County, given to Automation Alley in June 2020 to accelerate digital transformation among Michigan manufacturers and strengthen supply chains for developing PPE during the pandemic. Simultaneously, Project DIAMOnD participating manufacturers are able to use the Markforged 3D printers they receive to expand their production of a variety of industrial parts and products, ultimately enhancing Industry 4.0 manufacturing capabilities in Michigan and throughout the United States.

“Automation Alley shepherded this funding to maximize its value to the state’s pandemic response and to advance our mission to accelerate the digital transformation of Michigan’s small and medium-sized manufacturers,” Kelly said. “We again thank Oakland and Macomb Counties for their support and salute all of the area manufacturers who stepped up to participate in Project DIAMOnD and elevate Michigan’s 4.0 readiness and lessen the country’s dependence on foreign products while being prepared to help fight this pandemic.”

Initial grant eligibility for Project DIAMOnD was limited to 250 manufacturers from Oakland County and 50 from Macomb County with less than 500 employees. While the 300 3D printer target has been met, the long-term objective of Project DIAMOnD is to facilitate the creation of a self-governing, open, and scalable marketplace implemented using the decentralized principles of blockchain technology.
To learn more about Project DIAMOnD, or to inquire about joining the network, visit the projectdiamond.org.

Zero Tolerance LLC, a plastic mold injection machine shop in Clinton Township, is using its 3D printer to improve efficiency with a molding project that has increased volume. Previously, the company had plans to make an aluminum version, but opted instead to design a hand-held, multi-part insert tool they call “The Claw” for the shop floor.

“I did not believe that we could print real tools that would work on the shop floor like this does,” Steve Michon, president of Zero Tolerance said. “2020 changed our plans and budget for this end-of-arm tooling and robot. The robot was no longer an investment that could be justified as volumes dropped in 2020. Now, we have a solution that will give us the ability to increase our capacity with very little cost and the option to build a version that will work with a robot when the time comes.”

Jim Miller, CEO of Rochester Hills-based Air & Liquid Systems, shared that his company is using its 3D printer to print a part that was previously made of stainless steel and cost $100; it now costs them only $1 to make it out of carbon fiber. Their printer is placed in their engineering area to make the engineers more curious about what else they can create, shifting the way they think about production and their business. For Miller, it was exciting to see the culture change of integrating new technology into manufacturing that positions the organization for gains on its journey to Industry 4.0.

Shelby Township-based Tucker Induction System was also highlighted, with Josh Tucker noting he was surprised by how quickly his company was able to produce 3D-printed parts that proved to withstand tension, heat, and other forces seen in real-world scenarios. The company is now not only 3D printing some parts that were previously produced using subtractive manufacturing methods, but also using 3D printing to develop completely new solutions.

“This technology is not just for prototyping. You can actually print parts and put them out in the field,” Tucker said.

About Automation Alley
Automation Alley is a World Economic Forum's Advanced Manufacturing Hub (AMHUB) for North America and a nonprofit Industry 4.0 knowledge center with a global outlook and a regional focus. We facilitate public-private partnerships by connecting industry, education and government to fuel Michigan's economy and accelerate innovation. Our programs give businesses a competitive advantage by helping them along every step of their digital transformation journey. We obsess over disruptive technologies like AI, the Internet of Things and automation, and work hard to make these complex concepts easier for companies to understand and implement. Visit automationalley.com.

The mission of Automation Alley is to help businesses stay in business by equipping them with the necessary knowledge to leverage the intersections of advanced technologies, systems and people to jumpstart or accelerate a digital path to strategic success.
###