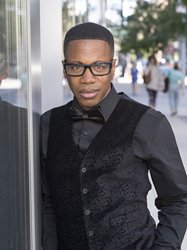 “You’ll be warmed inside by this concert filled with a kaleidoscope of ravishing orchestral colors and sonorities,” said Bay Atlantic Symphony Music Director Jed Gaylin.

Maurice Ravel’s Le Tombeau de Couperin was composed as a contemporary version of the 18th century dance suite, as well as an homage to friends lost in World War 1. According to Gaylin, “it’s both elegant and evocative. There’s always something mysterious, however, lurking beneath the surface.”

The finale is Ludwig van Beethoven’s Piano Concerto No. 4 considered one of the greatest piano concertos ever written. It will be performed by internationally renowned pianist Terrence Wilson. Wilson has appeared as soloist with the symphony orchestras of Atlanta, Baltimore, Cincinnati, Dallas, Detroit, Houston and the National Symphony in Washington DC, among many others. The Baltimore Sun acclaimed him “one of the biggest pianistic talents to have emerged in this country in the last 25 years.”

Bay Atlantic Symphony is a performance and an education organization with its artistic vision driven by the philosophy that music is essential to life. The Symphony provides access to excellence in performance and music education that enhances the musicians, presenters, participants and community. Led by Music Director Jed Gaylin, the Bay Atlantic Symphony is a per-service orchestra comprised of union musicians. The orchestra performs over 15 full symphonic concerts per year in venues throughout southern New Jersey. For more information, contact Lisa Simon at mediarelationsforbas@bayatlanticsymphony.org or 856.857.6555 x22.