My Cleaning Products announced it would be giving out more samples of its bed bug spray – Bed Bug Bully. It cited that it's both effective and safe, hence, it is the best help against bed bugs that anyone could get. 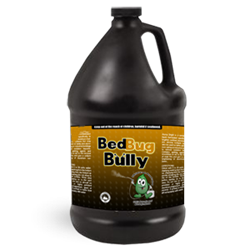 There is none like Bed Bug Bully. It cited that unlike the majority of the pesticides, it is safe. As it reasoned, that's because it is organic-based and is even on EPA's FIFRA 25(b) list.

Bed bugs are small but are a big trouble. And with their prevalence these days, the public needs a help to kill them fast and safe. My Cleaning Products asserted that Bed Bug Bully -its pesticide-exempt bed bug spray- is that best help anyone could get. To prove that to more people, it released a new set of Bed Bug Bully Complimentary Samples.

The vampire-like critters, said MCP, spare no one. They could invade a home, a hotel, a library and even a train, it stated. And as it added, they also pay no attention, whether the place is clean or not, as long as there is someone from whom they could feed on.

Worse, it cited, is that they are hard to prevent and completely get rid. As it elaborated, sure, there are preventive measures one could take. But though they decrease the chance of an infestation, it cited that they don't make a place bed-bug-proof as those pests are sneaky.

Given that, My Cleaning Products said that it's best for everyone to be always ready to kill bed bugs while taking precautions. That way, in case they get past the defenses, one could promptly eliminate them, it stated.

To be always prepared to get rid of those crawlies, the company said that there are two things a person must do. As it enumerated, the first one is to know the sign of bed bugs and the second is to get a bed bug spray.

The first step, according to MCP, enables anyone to detect bed bugs early. Meanwhile, the second one, it said, empowers a person to get rid of them immediately. And both, it added, prevents the worst of their effects.

However, of all the bed bug sprays in the market today, it asserted that there is none like Bed Bug Bully. It cited that unlike the majority of the pesticides, it is safe. As it reasoned, that's because it is organic-based and is even on EPA's FIFRA 25(b) list.

My Cleaning Products also assured that it is effective. It stated that it could kill bed bugs in seconds. And as it added, it works not just on the adults of the pests but even on their eggs and nymphs.

But MCP said it understands that with any product comes doubt. And so, to prove to more people that there is nothing to be doubtful about Bed Bug Bully, it declared that it would be giving out more complimentary samples of it.

To get one, a Bed Bug Bully Complimentary, it invites everyone to visit its website at mycleaningproducts.com.