Bed bugs reportedly found in an Indiana apartment complex. Wanting to help the residents and bed bug victims, My Cleaning Products suggested a pesticide-exempt bed bug spray in response to it. 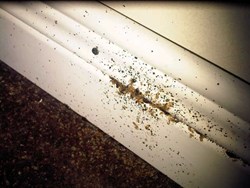 ...hotels, hospitals and pest-control have testified that it [Bed Bug Bully] is effective. Being a pesticide-exempt product, EPA also got it listed under its FIFRA 25(b).

The presence of bed bugs in an apartment complex in Indiana has caused quite a scene. In response to it, My Cleaning Products suggested a pesticide-exempt bed bug spray that could safely kill bed bugs to help the residents and the critters' other victims.

In a report posted on December 11, 2013 by wane.com, a person named Donna Butler single handedly carried out a protest because of the pests, My Cleaning Products shared. It detailed that it all started after her son accidentally brought bed bugs to her home, which allegedly came from an apartment complex in the state.

According to the report, Butler's protest caught the attention of the South Adams Schools causing it to spray their buses as a precaution, MCP relayed. The growing concern of the people over the matter, it added, also grabbed the attention of Adams County Health Department prompting it to warn the complex and to plan to inspect it.

Here is a part of the post Bed Bug Presence Led to Protest by My Cleaning Products.

"Donna Butler was the person who had been protesting against the apartment management in cold weather. Based on a report, the bed bugs that her son accidentally spread to her home was from the complex. Because of that and because the problem has been going on for too long, she stated that she wanted the management and the owner to clean it up, hence, the protest.”

MCP said that apartment complexes are very susceptible to bed bugs because of the high-traffic of people in them. The arrangement of their units, it added, also allows the easy transfer of the pests.

However, My Cleaning Products cleared that doesn't mean the public must be wary of bed bugs that are only in housing complexes. Given their prevalence, it stated that an individual must be careful of them everywhere. Moreover, it stressed that one must always be ready to eliminate bed bugs as doing so would prevent the worst things those pests could bring.

When choosing the products to use in the treatment though, MCP advised the public to be wary. It stated that most of the pesticides today contain chemicals that could endanger health and further pollute the environment.

But unlike them, it said that Bed Bug Bully is organic-based hence, it is safe. Apart from that, it stated that hotels, hospitals and pest-control have testified that it is effective. Being a pesticide-exempt bed bug spray, EPA also got it listed under its FIFRA 25(b). And with those advantages, it asserted that it is surely the best help to get.

To try the product, MCP shared that there are Bed Bug Complimentary Samples for the public at MyCleaningProducts.com.