The educational program seeks to shed light on this common form of cancer. 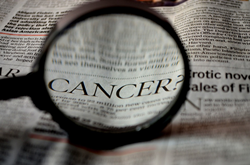 In the new episode coming to “Behind The Scenes” medical experts will further discuss the methods of prevention and the treatments available.

American actor, Laurence Fishburne, is well-known for his performances in Hollywood hits like “Boyz in the Hood” and the “John Wick” series. While most know him for the movies he takes part in, he is also the host of the educational TV show “Behind The Scenes” with Laurence Fishburne. The show explores a vast range of topics to educate its viewers about many issues taking place in the world today. An upcoming episode will delve into the medical field. The segment will discuss the importance of preventing skin cancer.

The sun plays a vital role in the health of living things, and avoiding too much exposure is a difficult task. From taking a dog on a walk, to running out to retrieve the mail, the sun is not simple to avoid. The Skin Cancer Foundation recommends various steps to aid in the prevention of skin cancer. Some of these tips include avoiding tanning and using an SPF sunscreen daily.

Skin cancer is dangerous and can be deadly. Industry professionals are seeking out more ways to prevent people from getting the disease, as well as ways to treat it. In the new episode coming to “Behind The Scenes” medical experts will further discuss the methods of prevention and the treatments available.

“Behind The Scenes” with Laurence Fishburne is an attentively examined educational TV program before broadcast to a larger viewing audience. The show has accepted several awards for its efforts in public television.