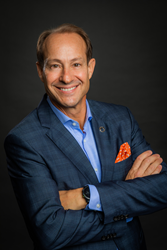 BEMER Group, LLC today announced that Albert C. Bosch will assume the role of Chief Executive Officer for North America. In his new role with the company, Mr. Bosch will run all North American operations for the European based health technology company, handling all management operations for the United States and Canada. He will report to Robert Moll, BEMER’s global CEO. His appointment is part of the overall company philosophy to achieve a BEMER in every home, and his new role as CEO will also help spearhead and give directional leadership to the North American sales goals.

Mr. Bosch joins BEMER from the consumer health and wellness company It Works! where he was their International President and amplified sales and efficiencies in Asia, Europe and Canada. Prior to that position, Bosch spent 20 years at Tupperware Brands International where he held President and Managing Director roles for several divisions and business lines with increasing responsibility across the US, Canada, Latin America, and Asia. At a legacy brand like Tupperware with decades of brand ubiquity in American households, he introduced global omni- channel marketing strategies, including an online social selling platform, a brand ambassador program that incentivized loyal customers to become sellers, and brick-and-mortar cooking studios to refresh the brand.

“I couldn’t be happier to announce that BEMER’s North American operations will be helmed by Albert Bosch,” said Robert Moll, BEMER International AG Global CEO. “Albert has led mature businesses into the the new millennium which have successfully grown and thrived under his leadership. BEMER is at a similar crossroads and a proven business leader like Albert is exactly what is needed to take our unique technology and direct sales model to the next level of growth.”

BEMER has developed patented PEMF technology globally for more than 20 years in order to improve blood circulation. Many use BEMER technology as part of their effort to stay as helathy as possible and credit the technology with improving sleep, overall energy levels and focus and boosting immunity from colds and sickness. BEMER is not sold through retail but rather utilizes a direct sales model exclusively from official BEMER Independent Distributors.

“To be part of such cutting edge technology that impacts so many people’s health is both exciting and fulfilling,” said Albert Bosch. “I approach this position with both enthusiasm and gratitude – BEMER is an extraordinarily well run company poised for massive growth and after perfecting their technology and corporate culture over the last decades I am humbled to lead them over the tipping point to becoming a household name.”

BEMER technology is an electromagnetic pulse that stimulates microcirculation which enhances overall blood flow. Improved blood flow has a large range of positive benefits; blood flow removes toxins, increases transportation of oxygen and delivery of nutrients throughout the body. The globally patented BEMER-Signal sets a new standard in the industry with its complex, carefully tuned configuration and timing. Nearly two decades of research and development have resulted in very specific and highly effective modulations of amplitude and frequency, which is a feat of engineering used exclusively by BEMER.

About BEMER:
BEMER® North America is a subsidiary of BEMER International AG, a leading global medical device company specializing in the research and development of microcirculation products. Founded in 1998, BEMER now operates in over 42 countries, with hundreds of employees and thousands of independent distributors. BEMER is a leading innovator in physical vascular therapy technology and holds FDA and Health Canada registrations along with numerous technology patents. BEMER products have been shown to increase blood circulation, which can enhance Cardiac Function, Muscle Stimulation, Muscle Recovery, Physical Fitness/Endurance, Stress Reduction, Relaxation and Sleep Quality. BEMER products are currently used globally by millions of consumers, hospitals and clinics, as well as hundreds of professional athletes.