Beverly A. Mile’s newly released “The Escape” is a richly detailed biographical tale of escape and survival in post-WWII Europe.

“The Escape” from Christian Faith Publishing author Beverly A. Mile is a carefully plotted tale of one man’s determination, bravery, and hope for a better future. 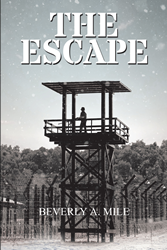 “The Escape”: a gripping historical account. “The Escape” is the creation of published author, Beverly A. Mile, beloved wife and world traveler.

Beverly writes, “The Escape provides a true account of a young Hungarian college student’s escape from Hungary following the suppression of the country’s 1956 October revolution. The author describes how, after the end of the war in 1946, the Communists systematically took control of the country by 1949, with the help of the Soviet Red Army and how under the Stalinist influence, the intimidation, property confiscations, unjust incarcerations, and often physical eliminations took root.

By the early 1950s, the resistance against the Communist parties of Eastern Europe started to erupt: East Berlin, 1953; Warsaw, 1956; and in October 1956, Budapest. The demonstrations and demands in Hungary were spearheaded by students and the workers (the very workers whom the party considered to be the mainstay of Communism).

The protagonist of the story himself is a university student with many friends and schoolmates. He is a self-reliant, take-charge type, who does not easily submit to others. Once he makes up his mind, he carries through. His love for his girlfriend and his determination that his future and life is not to be controlled by a totalitarian system is the driving force behind his actions.

Following the suppression of the revolution by the Communists with the help of the Red Army, he realizes that there is no future for him in the country and decides to leave. His original plan is to take his girlfriend, whom he loves very much, with him. However, due to the danger she would be facing, her parents are against her leaving. He reluctantly agrees with the caveat that when he establishes himself wherever he settles down, she will follow him.

Not to be alone on his dangerous quest, he recruits his close friend, who sees his future just as bleak under the Communist system. After some careful planning, the two men, with some unexpected luck and many tense hours later, successfully cross into Austria. Being in a refugee camp awaiting to be issued travel documents, then transported to the country of your destination, gave him plenty of time for deep reflection about his future. When Christmas arrived, he realized that if he does not take his girlfriend with him now, he will probably never see her again. At that moment, he decides to go back for her.

The final chapters of the book describe his perilous journey back to his hometown and the even more dangerous journey out of the country again, with his girlfriend and some friends in tow, involving crossing the Iron Curtain for the third time.”

Published by Christian Faith Publishing, Mile’s new book is a historically accurate biographical tale of survival in the face of post-WWII governmental transitions.

With affable characters and an engrossing storyline, this tale is certain to become a favorite option in your library.

Consumers can purchase “The Escape” at traditional brick & mortar bookstores, or online at Amazon.com, Apple iTunes store, or Barnes and Noble.

For additional information or inquiries about “The Escape”, contact the Christian Faith Publishing media department at 866-554-0919.