Beyoncé Tickets at The Rose Bowl in Pasadena California May 14th On Sale Today To The General Public at TicketProcess.com

The "Formation World Tour" will be stopping in Pasadena, CA on May 14th as Beyoncé takes the stage at Rose Bowl Stadium. Beyoncé tickets for Pasadena are now available at TicketProcess.com. 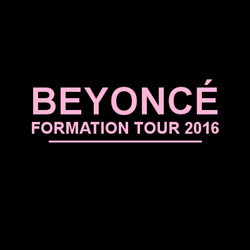 Tickets for Beyoncé in Pasadena, CA are available now.

Multi-Grammy winning starlet Beyoncé recently announced an impressive 2016 North American tour schedule that is highlighted by performances at an abundance of huge outdoor stadiums. None are bigger than her May 14 concert at the Rose Bowl, and tickets are available now at TicketProcess.com.

Beyoncé is one of the major movers and shakers of the music business. She can move and shake her body on the stage unlike any other pop star. In a philosophical sense, she can also make major things happen by way of meaningful messages ingrained into her chart-topping hits.

This upcoming tour entitled The Formation was launched the first weekend in February, just after a powerful single by the same name was released online. Beyoncé performed at the halftime show of Super Bowl 50 in Santa Clara, California in the moments leading up to the surprising announcement.

With a powerful momentum and exposure that comes with being the most searched name on the Internet throughout the past week, Beyoncé has successfully generated an abundance of momentum heading into this tour and this mid-May show at the Rose Bowl. The historic building that has hosted some of the biggest events in Southern California over the last century is preparing itself to properly host the Queen of Pop. Find Beyoncé Rose Bowl tickets now at TicketProcess.com

*TicketProcess.com is not associated or otherwise connected in any form with the college or professional organizations, teams, artists, bands or other performers featured on this site.

Additionally, TicketProcess.com has no affiliation with any of the venues listed on the site. Names and titles used in this press release are solely for descriptive purposes and do not imply, suggest or indicate that any type of endorsement or partnership is in place.

Since early in 2010, TicketProcess.com has been a secondary ticket exchange for both brokers and consumers. By offering a large selection of inventory to an array of the most exclusive sports, live concerts, theater events and other live entertainment, they have established their place as a reputable source of quality, guaranteed tickets for fans around the United States and beyond.