Windstar Features Best Fares and Availability of the Year — Plus Star Perks: Choose Up to $1,000 Cruise Cash, Free Wi-Fi, or Free Gratuities 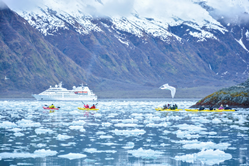 Small ship cruise operator Windstar Cruises announces the “Beyond Ordinary” Savings Event plus Star Perks bonus offering the best fares and availability of the year on 2019 and 2020 cruises. Additionally, up to 20 percent savings and free laundry service are included on all sailings 14 days and longer featured in the line’s popular Star Collector series. The savings event also includes an attractive incentive for guests to enjoy while the cruise is underway — Star Perks bonus gives cruisers a choice: up to $1,000 shipboard credit, free Wi-Fi, or free gratuities. Available on hundreds of Windstar sailings worldwide, savings and Star Perks both vary by cruise and destination.

Plus — Pick a ‘Star Perk’ to Combine Savings:


Best Fares & Availability of the Year:
“Beyond Ordinary” savings are offered on hundreds of cruise departures now through December 2020. Sample event pricing on 2019 cruises starts at $2,999 for 11- and 12-day Alaskan Splendors cruises with numerous summer departure dates between Vancouver and Anchorage featuring Windstar’s Signature Expeditions program headlined by biologist, glaciologist, and scientist Expedition Leaders with lectures on board and expedition field trips launching Zodiacs and kayaks direct from the ship.

Rates for a romantic 7-day Dreams of Tahiti vacation aboard the intimate 148-passenger sailing ship Wind Spirit begins at $2,599, including an overnight and complimentary Beach Party on legendary Bora Bora with port calls at six islands total including Tahiti, Moorea, Huahine, Raitea, and Taha’a.

Northern Europe is a top spot for cruise aficionados in 2019 and Windstar has more than 40 sailings to choose from April through September including an April 26 Star Collector: Iberian Peninsula: A Toast to Beaches, Wine & Castles from Lisbon to Amsterdam starts at $4,499 per person and visits eight countries in 18 days focusing on smaller, less-visited ports such as Agadir, Morocco; Lanzarote, Canary Islands; Porto, Portugal; El Ferrol, Spain for tours to famous Santiago de Compostela; Cherbourg, France; and Bruges in Belgium. An 8-day Gaelic Explorers voyage on June 20 from Dublin to Edinburgh visits both Ireland and Northern Ireland as well as the remote Isle of Man, Isle of Skye, and Isle of Lewis; wrapping with a chance to spy the elusive “Nessie” in beautiful Loch Ness during a call to Invergordon, Scotland; the cruise starts at $2,999 per person.

Shipboard Credit Details:
Windstar is featuring a shipboard credit (SBC) to spend on board on items such as alcoholic beverages, spa treatments, and shore excursions. (Non-alcoholic beverages including soda pop and specialty coffees are always complimentary on Windstar.) Cruisers interested in sailing to Alaska and Canada/New England can enjoy up to $1,000 per suite SBC on 2019 voyages. In all other cruise regions guests may select a “Star Perk” SBC of up to $400. SBC varies based on cabin category:

The boutique ships of Windstar, known for offering 180 degrees from ordinary vacation experiences offers a complimentary Water Sports Program from the ship’s aft marina, and an Open Bridge where cruisers can visit with the ship’s officers. Windstar is the Official Cruise Line of the James Beard Foundation and features culinary themed cruises as well as complimentary culinary demonstrations and delicious James Beard Chef-designed dishes on every sailing and “Shopping with the Chef” excursions to local markets in select ports.

With more than 500 sailings around the globe, ranging from 7- to 13-day global cruises, to 14-day and longer, port-intensive Star Collector sailings up to 65 days, the upscale, yet casual line delivers authentic local experiences in smaller ports off the beaten path, with more late nights and overnights for guests to immerse themselves in the local culture. The “Beyond Ordinary” Savings Event plus Star Perks is offered on all Windstar destinations. All prices listed are per person, double occupancy.

To learn more about authentic small ship cruising with Windstar, contact a travel advisor or Windstar Cruises at 877-958-7718, or visit http://www.windstarcruises.com.