Canadian Brother Pop Rock Trio, Beyond the Sun took to Twitter on the weekend to announce the release date of their second radio single, “Shooting Star.” 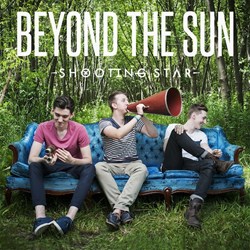 Following their smash hit ‘My Kind of Crazy,’ Beyond the Sun just released their second single today. Shooting Star (Radio Edit) is a brand new recording, following the previously released version on their My Kind of Crazy EP. The new single is now available on iTunes.

Beyond the Sun are currently on a US tour in support of their Top 40 hit, “My Kind of Crazy,” which remained in the Top 40 on the U.S. R&R Indicator charts for seven weeks, the Top 10 on the Top 40 New Music Weekly Chart for eight weeks, peaking at #5 and on May 5th, broke into the Top 100 on the Mediabase chart.

For more information about Beyond The Sun, the band’s music, videos, upcoming tour details, to join the mailing list and connect via Facebook , or Twitter visit http://www.beyondthesunmusic.com You can also purchase My Kind of Crazy EP directly through iTunes and Amazon, or through the official Beyond The Sun website.