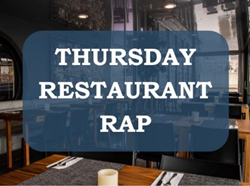 We don’t know what the future holds but I believe in our system and I believe in the people of our country that we’re going to find a way and be back.

Craft breweries have shined over the last decade growing from a rare siting to more than 100 establishments around the Garden State. Craft beer lovers enjoyed bringing their own choice of food to pair with uniquely handcrafted beers. Sunday outings turned into afternoons at the local brewery where private brewery tours grew in popularity, and festivals brought the convenience of beer tastings to another level. But at a time where calendars were booked solid with events and breweries were preparing for the summer crowd, the government mandated closures on non-essential businesses squashed all plans for the coming months with uncertainty when operations may resume. Chris McCallion, co-founder of private real estate investment company, MB1 Capital Partners and co-owner of Beach Haus Brewery in Belmar, New Jersey shares how the craft brewery business is surviving amid the global pandemic.

A Jersey Shore native, McCallion understands how important the summer crowd is for businesses along the coast. Although he spent the majority of his career working as a partner at Manhattan-based independent power production company, Caithness Energy, LLC, it was McCallion’s admiration of the Jersey Shore that brought him back to his roots. In 2011 he and partner, Joel Brudner launched a new business venture: beer. They purchased a landmark location, Freedman’s Bakery in Belmar, New Jersey and spent the next 12 months converting the space into a brewery. “Because it was a historic building and a lot of people had nostalgic ties to it, we tried to maintain the exterior to the greatest extent we could, and actually the interior as well,” said McCallion. “We were happy with the outcome. It was a project we were both very proud of.” Beach Haus Brewery, which was originally based in Point Pleasant Beach, New Jersey operating as a contract brewer under a different name, opened to the public in Belmar in March of 2015.

For the past five years, customers have nestled in the brewery’s 6,000 square foot taproom, regularly featuring over 15 beers on tap and frequent brewery tours. “As everything in New Jersey, I’ve found we have a very loyal customer base and it makes it fun,” said McCallion. But since the coronavirus pandemic forced businesses to close their doors, the partners had to come up with different ways to connect with their customers. Introducing curbside pickup and an online beer store has made an unexpectedly positive impact on business revenue with McCallion calling it “a testament from our customers in how they have supported us during this time.” Also, since Governor Murphy gave the okay for breweries to offer home delivery, customers have had the opportunity to have a selection of cans, bottles and kegs delivered right to their doorstep. “That’s been a tremendous success,” said McCallion. “It succeeded well past what we thought it would and we certainly hope that we’ll be able to do that going forward.”

There have been many changes that the business has had to adapt to over the last few months, making a lot of upgrades to their business model. Some advances include adding a second delivery truck, implementing “Delivery Map & Schedule” software and linking their POS system to the online store. Fortunately, their twenty full-time and part-time employees have been unscathed. McCallion stating that they have been able to “keep them busy” avoiding layoffs during the transition to a to-go brewery. He credits this in part to the Paycheck Protection Program loan he made sure to apply for when this all began. “That’s helped out quite a bit,” said McCallion. “It has served its intended purpose in that it allowed at least us to continue to keep our employees paid with their benefits.” As New Jersey moves towards its next phases of reopening by allowing outdoor dining beginning June 15th, McCallion believes that customers will return if the right steps are taken. “It depends on how the restaurants or breweries handle the reopening,” said McCallion. “We’re not going to open up until we feel right about it and that we can safeguard our employee’s safety, our customer’s safety, and safeguard our reputation as well.”

The partners are also working on a much larger change to their business, currently in the process of transferring a Plenary Retail Consumption License they purchased last year to the Beach Haus Brewery. This will enable them to apply for a Restricted Brewery License or “brew pub” license permitting them to sell food and non-alcoholic beverages as well. “We’re making good progress and we expect it to get approved and we expect that to be able to open up in the next few months,” said McCallion. “We want to keep the atmosphere as a brewery, that’s our concept.” The team also has plans for the real estate development of a nearby iconic local bar, Jack’s Tavern, which the they purchased this past December. “We’re very excited about the opportunity to develop another project in Belmar,” said McCallion.

Although an accurate timeline of when businesses will be back to normal is still unknown, McCallion’s 35 years’ experience in the industry makes him confident that things will work out. “We as a people, we always find a way through it, we band together and I have no doubt that that’s going to happen again,” said McCallion. “We don’t know what the future holds but I believe in our system and I believe in the people of our country that we’re going to find a way and be back. They’ll be changes certainly, but we’ll be back and thriving again soon.”