“But God Had Other Plans” from Christian Faith Publishing author Bill Jackson is a compelling memoir that examines the author’s most cherished and challenging moments that have led to an unwavering faith in God. 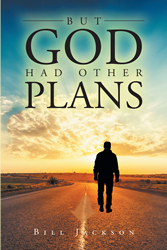 “But God Had Other Plans”: an enjoyable autobiographical work that will encourage the spirit. “But God Had Other Plans” is the creation of published author Bill Jackson, a native of Alabama and US Marine (formerly active) who retired from the life insurance business after a successful career, which covered forty-plus years of active involvement. Jackson began his insurance career as a captive agent for a major southeastern company and served in various levels of management including VP and Regional Agency Manager. During his insurance career, he and his wife, Shelby, lived in three Alabama locations—Alexander City, Bay Minette, and Montgomery—and Jacksonville, Florida

Jackson shares, “The primary purpose of this book is to emphasize by my life’s example the fact that God is real, that he does still exist today, and that he does still call men and women for specific purposes today, just as he has done throughout history.

“Never in my entire life prior to 2012 did I ever think about or believe that I would write a book. But God placed it on my heart, and as I began writing notes, the more I wrote, the more that came to my mind to write.

“Also, I wanted to emphasize the fact that you never get too old to serve God. There are many examples throughout the Bible about people in various circumstances whom God has chosen for specific tasks. I was seventy-seven years old when I began writing this book and eighty-seven at its completion. I wanted to emphasize that you do not age out in your service to God. God has used old people to accomplish his purpose through history, and he still does today.

“In regard to the book’s title, But God Had Other Plans, throughout life, it seemed almost every time I planned to do something, God would lead me in another direction. Also, the saying ‘But God’ is mentioned many times throughout the Bible.”

Published by Christian Faith Publishing, Bill Jackson’s new book explores over eight decades of life experiences as the author looks back on all that came before.

Jackson shares in celebration of God’s work within his life and those around him throughout this engaging memoir.

Consumers can purchase “But God Had Other Plans” at traditional brick & mortar bookstores, or online at Amazon.com, Apple iTunes store, or Barnes and Noble.

For additional information or inquiries about “But God Had Other Plans,” contact the Christian Faith Publishing media department at 866-554-0919.