Birch Gold Rep Warns Ben Shapiro, Coronavirus Crisis Could Be "The Tip of the Iceberg"

In the midst of a health crisis and potentially facing the biggest economic crisis since the Great Depression, Birch Gold Group's Phillip Patrick returned to The Ben Shapiro Show on Wednesday to talk about how the coronavirus has set off an avalanche of deep-rooted problems: "We haven't been in this territory at least for a hundred years." 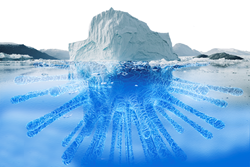 Coronavirus Crisis Could Be "Tip of the Iceberg"

This has really become an economic crisis… You left your house in 2008, people were spending, they were in bars, in coffee shops, in restaurants. Today, it's a ghost town here in the United States and globally. That significantly exacerbates the issue.

If the coronavirus pandemic were to end right now, it would already go down as one of the biggest blows to the global economy in the past century. As Phillip Patrick, Precious Metals Specialist at Birch Gold Group, explained on Wednesday's episode of The Ben Shapiro Show, the market has already crashed by about 30%.

And yet, this appears to be the very earliest stage of the crisis, with Shapiro noting that the bottom in the stock market hasn't been found yet. "It's very, very difficult to predict because quite frankly, we haven't been in this territory at least for a hundred years... What I can say is, just looking at things, this could potentially be the tip of the iceberg," said Patrick.

"This has really become an economic crisis… You left your house in 2008, people were spending, they were in bars, in coffee shops, in restaurants. Today, it's a ghost town here in the United States and globally. That significantly exacerbates the issue. Millions of jobs at risk, people not spending."

Neither Patrick nor Shapiro are surprised that a financial crisis is unfolding, as they discussed in previous interviews that the economy is shaping up for a plunge. What the coronavirus did, explained Patrick, is expedite the process by acting "as a 'black swan', this unforeseen event, and essentially become a catalyst."

Patrick added that a popular, mainstream metric, the cyclically adjusted price-to-earnings ratio, suggests that the market could drop by an additional 30%. Given this, he argues that we are past the point of comparing the current crisis to the Great Recession of 2008 and instead need to turn to the Great Depression as a gauge. Yet even compared to 2008, central bankers are immensely ill-equipped to bail the global economy out of a crisis of lesser magnitude.

Speaking of the Federal Reserve and other central banks around the world, Patrick asked, "What tools do we have available? We shot our bullets, and they're not working. We don't have the same tools to pull us out like we did back in '08. Will this be a three to five-year recovery, like we saw back in '08? Will it be a 25-year recovery, like we saw during the Great Depression? The answer is, nobody knows, but it doesn't look good."

With things slowly turning from bad to worse, Mr. Patrick noted Citi's forecast that gold prices could hit $2,000 in as soon as the next 12 months. Patrick said that Birch Gold Group is especially busy at the moment, as customers are pouring in to diversify their retirement accounts with gold, revealing that the company has already had its best month on record, with over a week to go in March.

Shapiro reminded listeners that he is an outspoken advocate of investing in gold, pointing to Birch Gold Group as a precious metals dealer with outstanding reputation and service: "If you've got money lying around, you're looking to invest, you would want to diversify it."

The full interview, including info on Birch Gold Group's partnership with Ben Shapiro, is located at https://www.birchgold.com/ben-shapiro-gold-company