Bay Fastening Systems comments on the opening of a photo exhibit titled “Peter Stackpole: Bridging the Bay” at the Oakland Museum of California. 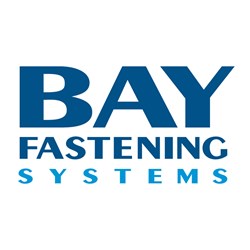 In an article published on July 16, 2013 in the San Francisco Chronicle, author Sam Whiting discusses the opening of a photo exhibit at the Oakland Museum of California that explores the construction of the Bay Bridge. The photographs in the exhibit were shot by Peter Stackpole.

According to the article, “In 1934, 21-year-old Peter Stackpole rode the ferry from his Oakland home across to the San Francisco side where workers gathered before heading out to build the Bay Bridge.” Peter was asked by a construction worker, “Hey kid, why don’t you come out with us? You’ll get some good pictures” because he had a camera around his neck.

The result was an amazing collection of photos on top of the Bay Bridge. The article states that the exhibit is the first time the pictures will be shown since they were obtained. It took nearly 20 years to gather the images for the collection.

Michael Eichinger, Vice President and COO of Bay Fastening Systems, a blind rivet distributor, believes that “the pictures taken during the construction of the San Francisco – Oakland Bay Bridge are phenomenal. The views are very different from modern day San Francisco, but it is great to see how far the architecture of the region has come.”

According to the article, the “Peter Stackpole: Bridging the Bay” gallery will run until early 2014, in the museum’s Great Hall.