BlueNevada Is Gearing Up for The Comeback with Their Latest Album Release, The Self-Titled EP BlueNevada

The recently-launched BlueNevada EP marks the highly-anticipated comeback and got the crowds ready for more unforgettable shows. 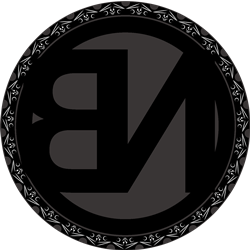 Growing up with influences such as the Grateful Dead, the Red Hot Chili Peppers, The Eagles, and the Beatles, BlueNevada’s music can be described as dance-able and chill-able jams. They have played up and down the East Coast and their wonderful music could be heard in all types of places such as bars, universities, festival stages, and even on Live radio broadcasts.

BlueNevada is no stranger to major venues and they have shared the stage to headliners such as The Jerry Garcia Band, New Riders of the Purple Sage, the Tricksters, and many more. Furthermore, BlueNevada has had internet radio airplay from the U.S. all the way to London, as well as airplay on college radio stations.

“BlueNevada, a hippie quartet that easily passes my Strunk and White litmus test. Billed as "original rock 'n' roll psychedelia," the quintet is loose and exploratory but minimizes effluvia. Original yet recognizable, they flow between strains of rock, hard-driving funk, even shades of metal,” said Dickson Mercer, Frederick Post.

BlueNevada gained a large fan base after two live studio performances on a cable network TV show. The band was highlighted and interviewed on a show that spotlights unsigned bands on commercial radio (Key 103.1, 106.9 The Eagle). Their song "Rhythm Boy" was selected and played again at the end of the year "Best Of" show on that station. This hard-working band has again and again proven its musical devotion with stellar performances on stage, and they are going to prove this again with their comeback album that is right around the corner.

BlueNevada has found much success as a DIY indie act but is aiming to take it to the next level. The band wants to target the local D.C., Maryland, and Virginia areas mainly, but would also like to go global and see all opportunities. Wherever they go, these musicians hope to spread the fun and good vibes that lie at the center of the band’s sound. They write songs about girls, good times, bad times, anything that creates a passionate emotion that comes out in poetry and music.

Recently, they have been very busy recording their upcoming 2020 BlueNevada EP. BlueNevada is a hardworking and fun act that loves playing live music because that is what they do best.

For more information about the band, visit their website https://bluenevada.com/official-epk. Furthermore, this website is also being reworked and will display totally new, improved features, keeping the fans informed about the band’s gigs and latest announcements.

Founded in 1996, BlueNevada brings a unique sound, by wittingly combining and approaching multiple musical styles, from jazz, classic rock, chill and jam. The band has been invited to play on numerous festivals, university ceremonies and live on radio stations all over the East Coast. In 2020, the band returned in force with their self-titled EP BlueNevada. Fans and high-quality music enthusiasts are sure to be delighted by this great news.