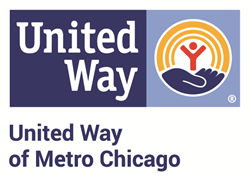 Today, in support of Mayor Lori Lightfoot’s South and West Side investment plan, United Way of Metro Chicago has announced a $10 million charitable investment from BMO Harris Bank. Through the largest corporate gift in United Way of Metro Chicago’s history, BMO Harris Bank is deepening its impact in the Chicago community with a specific focus on resident-led efforts guided by Austin Coming Together.

“BMO Harris Bank’s generous gift to the United Way of Metro Chicago represents their steadfast commitment to corporate citizenship, enhances equity throughout Chicago’s 77 neighborhoods and helps to reverse the tide of disinvestment that too often occurs west of Ashland Avenue and south of Roosevelt Road,” said Mayor Lori E. Lightfoot. “Partnerships like this one will create lasting, measurable change and bolster our efforts to create a network of communities for transformative growth powered by our shared investments in infrastructure, commercial activity, quality of life projects and much more in 10 neighborhoods on Chicago’s South and West Sides.”

Aligned with the goals outlined by the Mayor, United Way’s Neighborhood Network Initiative has enabled donors to join forces with United Way in advancing the work of these neighborhood coalitions by increasing their capacity to leverage resources for economic development. Mayor Lightfoot’s strategy for investment in the South and West sides will serve to further advance the impact of United Way's Neighborhood Networks.

“Real change at the neighborhood level starts with residents’ vision and requires an aligned focus on economic development, affordable housing, cradle-to-career education pipeline and wrap-around human services,” said Sean Garrett, President and CEO of United Way of Metro Chicago. “We believe in this collaborative, community-led approach, and we look forward to working in partnership with the Mayor and other community investors to accelerate the implementation of these place-based strategies.”

BMO Harris Bank became the cornerstone investor in United Way's Neighborhood Network Initiative in 2013, helping to accelerate the launch of this community-led approach and expand it to the six city and four suburban communities that it serves today. BMO’s gift will be concentrated on the Austin neighborhood to help implement its Quality of Life Plan and to support social service infrastructure and development.

Austin Coming Together has led the development of a shared community vision and helped to lay the building blocks for further economic investment as the lead community partner in United Way’s Austin Neighborhood Network. Through Thrive 2025, Austin Coming Together’s ten-year strategic plan funded by United Way, and the community-wide Quality of Life Plan supported by the Local Initiatives Support Corporation (LISC), Austin and its residents are working on strategies to improve educational outcomes, create local businesses and jobs, increase access to employment opportunities for Austin residents, and develop affordable housing for purchase by Austin families.

“Austin is now at this tipping point. Everyone is poised to take action on the things that they have all identified as holding them back,” said Darnell Shields, Executive Director of Austin Coming Together. “Without United Way’s Neighborhood Network Initiative and supporters like BMO Harris Bank, I honestly don’t think Austin Coming Together would have evolved into the force that we are today, leading this community renaissance.”

“Darnell and his team at Austin Coming Together have laid out a clear plan and have established the framework to bring it to life. We are inspired to see the leadership of Mayor Lightfoot and BMO Harris Bank to bring the resources and focus needed to support the residents of Austin,” Garrett added. “We look forward to partnering in neighborhoods across the city to continue these efforts.”

This extraordinary gift from BMO signifies confidence in the impact of United Way’s Neighborhood Network strategy. As part of the organization’s annual fundraising campaign, supported by more than 50,000 donors, United Way is proud to commit $25 million over five years to its Neighborhood Network Initiative. Additionally, the organization has launched a multi-year campaign to support place-based strategies in neighborhoods across the city. Among the civic-minded individuals who have already committed to this effort are United Way supporters Rick and Cate Waddell, Cheryl and Zed Francis, and Bob and Linda Sullivan, who have pledged a total of $2 million to support economic opportunities in Austin.

About United Way of Metro Chicago
United Way of Metro Chicago brings together businesses, government, nonprofits, and community leaders to deliver funding, resources, and expertise to nonprofit organizations across greater Chicago. We are working alongside our partners at the neighborhood level to tackle the systemic issues that have plagued our region, creating communities where children and families can thrive. United Way’s Neighborhood Network Initiative supports and coordinates investment and programming in 10 city and suburban communities to address community challenges and improve the lives of residents. United, we’re building stronger neighborhoods for a stronger Chicago region. For more information, visit LIVEUNITEDchicago.org.