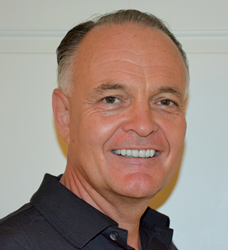 In his new position as CEO, his leadership on the board transforms into his strategic leadership of the company and his clear vision on how to educate the industry on the value and benefits of our unique lens antenna technology.

MatSing® (matsing.com), the world’s leading manufacturer of high-capacity RF lens antennas, today announced that Bo Larsson has now joined the company as CEO after consulting for over five years on its board of directors. “Bo has years of in-depth knowledge of the wireless industry, and more specifically lens antenna technology, with proven success in leading large global corporations,” said Michael Matytsine, executive vice president of operations at MatSing. “In his new position as CEO, his leadership on the board transforms into his strategic leadership of the company and his clear vision on how to educate the industry on the value and benefits of our unique lens antenna technology.”

Bo Larsson is a high-integrity leader with extensive experience in wireless networking, telecommunications, storage peripherals, computers, and multimedia. As Senior Vice President at Ericsson he helped establish and strengthen them as a leader in the telecommunications and networking industries selling solutions to enterprises and service providers. Mr. Larsson was Corporate Vice President and General Manager in North American at Sony Ericsson and secured 7% brand awareness and received $1 billion in revenue and profitability within one year when introducing the world’s first camera phone. At Sony Corporation of America, as General Manager and Vice President, Mr. Larsson built and managed a $2 billion division developing leading product lines such as Trinitron computer monitors, storage peripherals, power supplies, and computers. As Chief Executive Officer, he led Firetide to a recognized technology market leader with an average annual 58% growth rate providing networking solutions for video surveillance applications. At Firetide he also launched technologically differentiated wireless networking solutions for mission critical applications to the most demanding customers worldwide.

“MatSing has an undisputedly unique lens technology and a fabulous reputation for its products and business ethics,” said Bo Larsson. “I’m enthusiastic and excited to join the team and help build the brand on a worldwide scale.”

MatSing is the world’s leading manufacturer of high-performance and high-capacity RF lens antennas. Founded in 2005, with a strong focus and background in metamaterials, MatSing continues to develop patented metamaterials and manufacturing techniques to create the world’s first large, light weight multi-beam RF lenses, bringing a new age of antennas to the telecommunications industry. Each antenna provides multiple independent sectors covering multiple bands, allowing users to have the highest capacity from the fewest locations (up to 96 independent sectors from a single tower).

MatSing provides a range of antennas for all applications (Macro, Events, Venues), allowing users to select the correct antenna type based on the number of cell-site locations and required capacity. Visit MatSing at http://www.MatSing.com for more information.

MatSing and the MatSing logo are registered trademarks of MatSing, Inc.
All other trademarks in this release are the property of their respective owners.