“A Necessary Evil” from Christian Faith Publishing author Bobby Delgado is an in-depth narrative that instructs Christians to beware of the devil’s traps and be on guard in faith, body, and spirit. 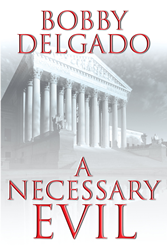 “A Necessary Evil”: a prolific spiritual book filled with insights on the agenda of evil and how people can avoid it and be spared from the destruction it causes. “A Necessary Evil” is the creation of published author Bobby Delgado, a former gang member from the Texas Hill Country who had a change of heart.

Delgado shares, “Imagine a universe without laws. In heaven, Lucifer persuaded a third of the angels to join his rebellion by appealing to the wicked angels’ desire to do evil. Ridding themselves of God and his laws that kept them from doing evil, they would be free to do what they wanted to do without fear of punishment. In the ensuing battle, Lucifer and his followers were cast down to earth. So where on earth are they?

“There’s an abundance of ignorance because there’s a famine of the truth on the land. Under the banner of ‘Christianity,’ Satan’s minions have spun a web of lies in the upper echelon of our government and in many books on religion and American history that obscures the truth and shapes people’s thinking. Millions have been taken captive by lies, and the only lifesaving antidote for someone in a comatose state of ignorance is God’s truth.

“Evil is often necessary to draw a nation or an individual back to God (1 Corinthians 5:5). This book is a guide warning those escaping the fire by God’s grace about the devil’s snares that want to snatch them back into the fire. It’s a guide for criminal justice reformers and a guide for dragon hunters in search of the truth. Tracking Satan’s scent by following his signature traits will take you to where Satan has his throne today, the place where he is being worshiped ‘like God’ and the churches and the government institutions from where his minions have been working to abolish God’s laws and Christian teachings that once governed the true Christian church and the nation.”

Published by Christian Faith Publishing, Bobby Delgado’s new book is a powerful reminder for believers to be wary of the many forms of evil that beguile them into Satan’s schemes that destroy the soul.

This book will inspire the readers to strengthen their faith in God that brings protection from Satan and his unholy servants.

View the synopsis of “A Necessary Evil” on YouTube.

Consumers can purchase “A Necessary Evil” at traditional brick-and-mortar bookstores or online at Amazon.com, Apple iTunes store, or Barnes and Noble.

For additional information or inquiries about “A Necessary Evil,” contact the Christian Faith Publishing media department at 866-554-0919.